The story of Behistun

Behistun mountain has settled somewhere between history and myths. On one hand, Darius tells the story of his victorious conquer. And, on the other hand, has a mythical love story in its chest One day, Farhad axes the body of this mountain, and the other day, Geomat the Zoroastrian monk kneels down to the great Darius .
This mountain has one of the world's largest stone inscription on, which is named after a mountain located in western Iran. After the Coronation of Darius the Great, many riots occurred between 521 and 522 BC, after calming the realm, the Achaemenid king has made this inscription carved on Behistun.
The value of this script, which can be recognized as Darius's Monarchy, is to the extent that it has been called "the queen of ancient inscriptions." One of the significance of this Achaemenid inscription, is its use of words, particular names, linguistic structures, Grammar and syntax. The linguistic structure of the carved stones on the stone is protected from time and mankind oblivion. In 2006, Behistun, which was eligible to be listed on the World Heritage List , was placed on the UNESCO list. , was placed on the UNESCO list. 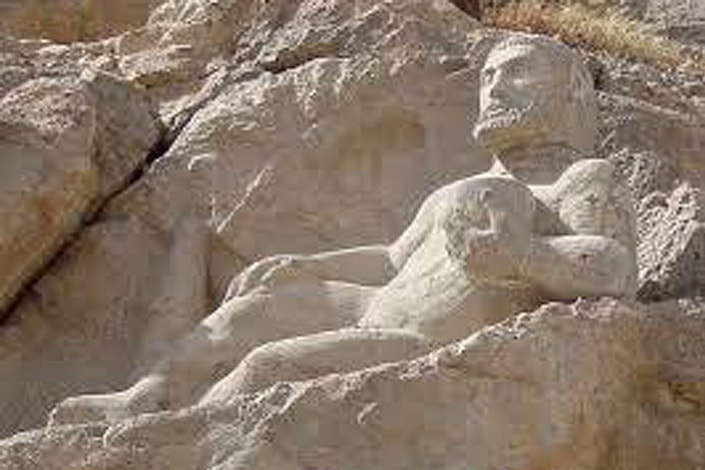 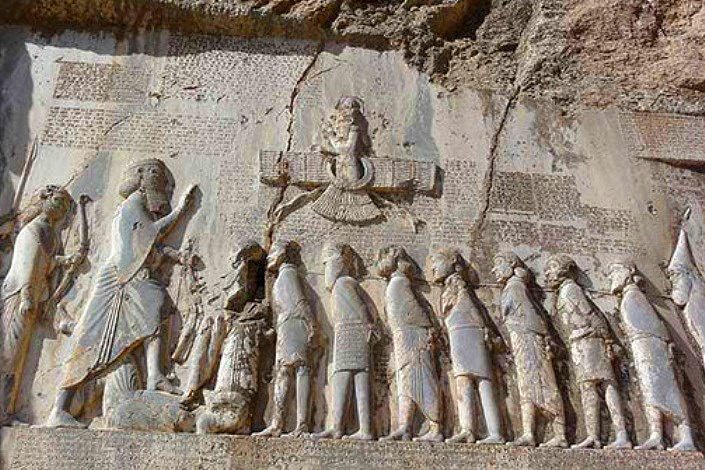 The word Behistun is derived from the term "Beq-Setan" as the house of the gods. The simmering springs on the mountain ridge along the north-Mesopotamian trading route connecting Babylon to Ecbatana made Bisotun a suitable resting place for caravans and passenger.
Behistun Mountain, at an altitude of two thousand and eight hundred meters, is one of the highest stone walls of Iran, located at the end of one of the Zagros Mountain ranges, "Paru", a sixty-two kilometers mountain range, which is from the Northwest to Northeast of Kermanshah city.
The history of this area dates back to the Paleolithic period. The discovery of tools such as rock blades, deer knives and bones and wild horses in the "hunters cave" on the top of Behistun Mountains proves it. In general, many pre-Achaemenid traces have been found in the region of Bisotun and its surroundings. There are several other caves in Mount Behistun, apart from the hunters' cave.
The "Mertarik Cave" was discovered from the Paleolithic Period, with tools and animal bones. Also, the "Mardoudar Cave", the longest cave of Behistun Mountain, from the midst of the Paleolithic period which is open from both directions. The "Maraftau Cave" is located in the middle of the two caves on the wall of the mountain Bisotun is about twenty-two meters high and nearly eight meters wide. In the center and on top of this stones inscription, the image of the great Achaemenid Darius, whose left leg is on the Geomat's chest has been carved. Two guarded soldiers stand beside him; a row of rebels with chains on hands and necks are engraved, in front of and shorter than the king. Over the head of the king, the guards and rebels, the symbol of Faravahar is carved.
The king's message written in the center and bottom in four and half columns in ancient Persian language; on the left and top, in two columns and one hundred and twelve lines in the Babylonian language, the Akkadian, and also on the right, left and bottom of this inscription in seven columns with three hundred and twenty-three lines, in the Elamite, are carved on this ancient Stone inscriptions , and the "Blasch Stone" from the Parthian period, is located in the eastern part of Darius the Great, and the West is a statue of The statue of "Hercules" from the Seleucid period. At the bottom of the boulder, five hundred meters east of the statue of Hercules, the "Parthian Slop" dates back to more than two thousand years ago. The Embossed figure of "Mehrdad II" the Parthian king is located at the bottom of King Darius Stone inscription, in which Mehrdad stands in front of five of the Parthian elders. 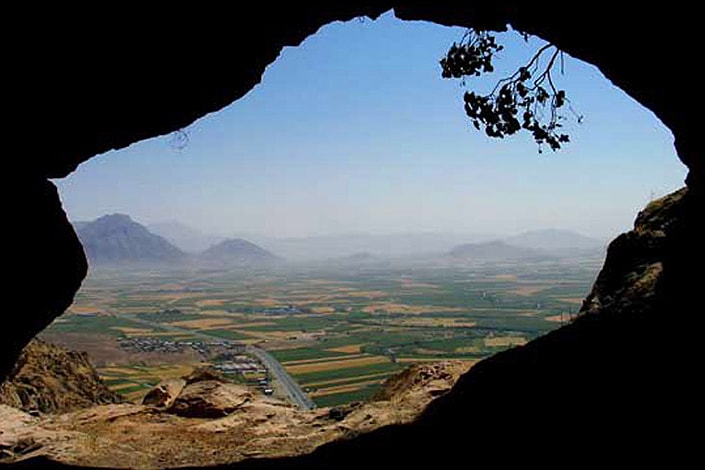 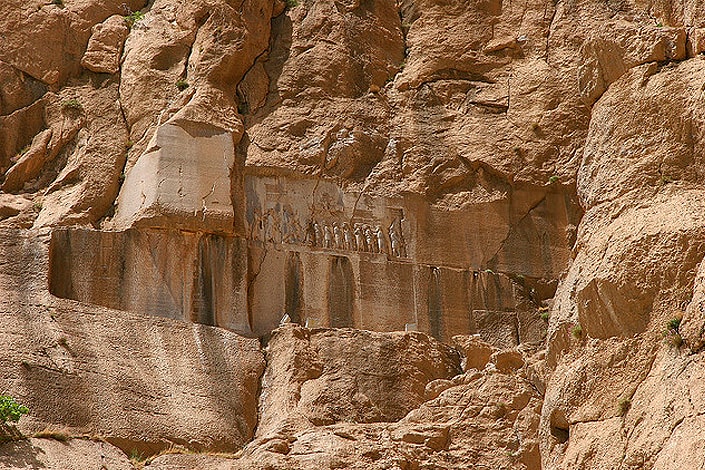 The "Farhad Tarash", on the west side of Darius the Great inscription, is a two hundred meters high and up to thirty meters stone carving, which some are relating it to Farhad, the architect of the Sassanid king Khosrow II. Also the Khosrow bridge on the Gamasiab River with one hundred and fifty meters length and six meters width also the wall of Gamasiab with five meters thickness and one to five meters high from the Sassanid era.