A review of traditional Iranian Food

Traveling to different parts of Iran, you can feel different and toothsome flavors, smells and savors. The delectable smells of kitchens all over Iran fascinate every traveler, and along with the garments, crafts, music and customs of each land, cultural influences also emerge. Foods which are cooked in each region of Iran, based on the climate of that region, use the raw materials of that particular region and, on the other hand, are compatible with the human body when exposed to the same weather. For example, foods of southern Iran are hot and spicy, and fresh garlic is highly demanded in the humid climate of northern Iran. Meat-rich foods are specific to the cold and mountainous areas of Alborz and Zagros and are common in desert regions with dry climate, light and cold foods.
Let's have a look on different Food-cultures across Iran and get to know some of their traditional dishes. 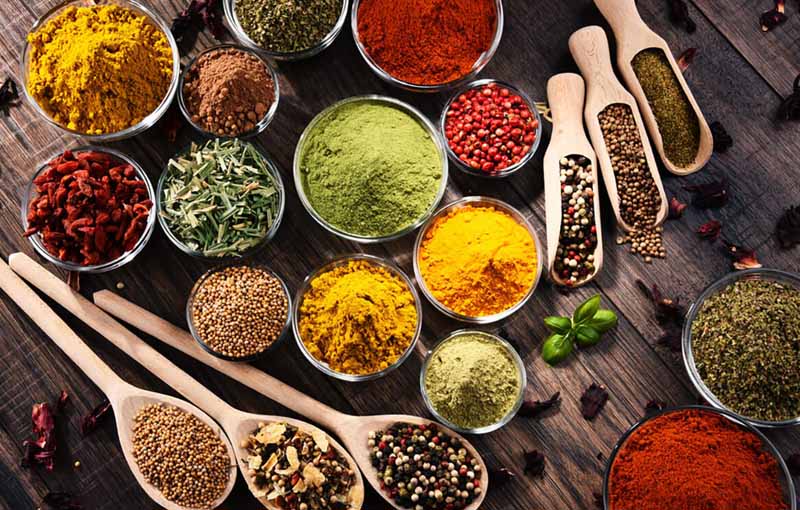 Traditional Azeri dishes
Azerbaijanis are professional in cooking foods with red meat. The famous "Bonab" kebab, which is famous all over Iran, belongs to one of the cities of the same name. The method of cooking Bonab's kebab is to beat the meat with a large knife so as to get the dough in one hand and then skewer it. The merit of using this method over grinding is that the meat veins do not disappear and their consistency is maintained on the skewer. So a thicker and wider kebab can be obtained. Other famous Azerbaijani cuisine, especially famous in Tabriz, is "Kofteh Tabrizis". A mixture of meat, rice and split peas that comes in a relatively large meat ball, in which eggs, plums or walnuts are laid. This delicious meat ball will eventually be cooked in a sauce containing water and tomato paste. 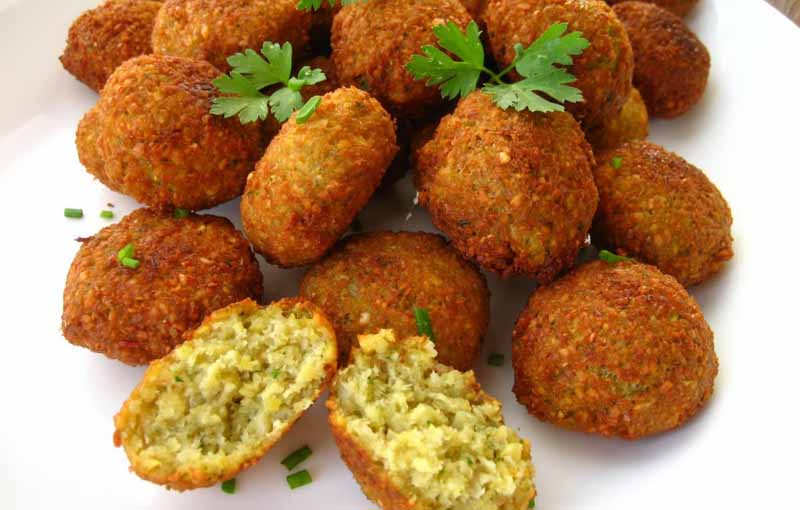 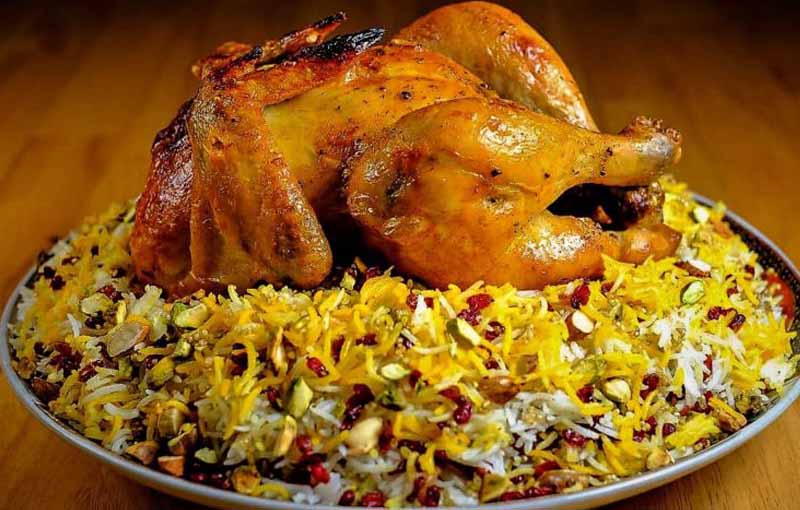 Traditional Kurdish foods
Kurdish food also has nothing less than Azerbaijani’s in the variety of flavors. Kurdistan is one of the mountainous regions of Iran where its inhabitants are very interested in consuming aromatic vegetables. Animal husbandry, agriculture and local gardening have increased the richness of the raw materials used in their foods. In the local markets of the cities of the region, herbs such as mushrooms, celery, artichokes and rhubarb are especially common in the spring. of course, the Kurds also dry herbs and vegetables and use them in their foods and cooking in other seasons. Dairy is also one of the substances that is especially popular among Kurdish tribes.
rhubarb stew is one of the most famous Kurdish stews. Rhubarb herb is abundant in it. Using this herb and adding ingredients such as meat, onions, mint and parsley is one of the popular foods of Kurdistan. If you are a Kurd guest in the spring, we suggest you try the Kelane bread as well.
Lor's Traditional Foods
Lorestan is home of delicious and delectable pottages. pottage is a Cuisine consisting of beans and dairy products like whey, along with local vegetables that are cooked and concentrated in water. One of Lorestan's famous pottages is Tarkhineh pottage, which main flavoring material is "Tarkhineh", a substance made from wheat grits, whey and aromatic herbs.
Other famous lor’s pottages are meat pottage which is mostly cooked in Khorramabad, the capital of Lorestan province. The Donorro or Danduni pottage is also ritually cooked when the baby gets first tooth and the host cooks and distributes it to neighbors. People from Lorestan province believe that if this ritual pottage is not given to them right when the baby's first tooth is gotten, he will snarl in adulthood. 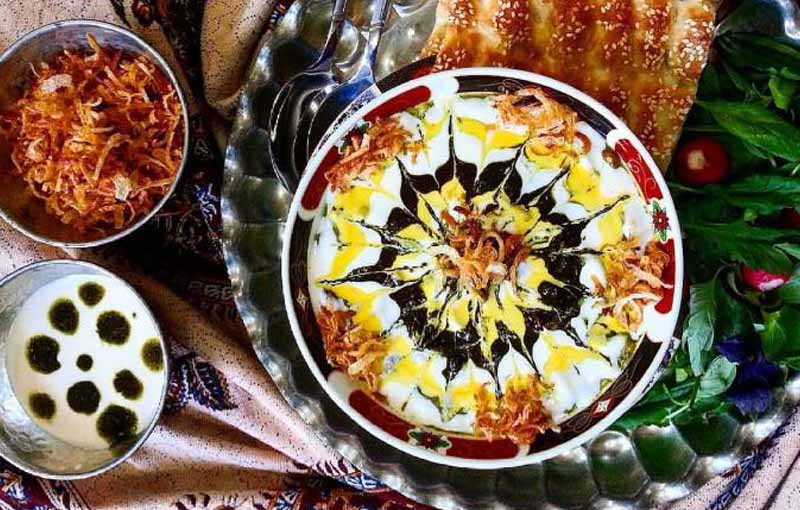 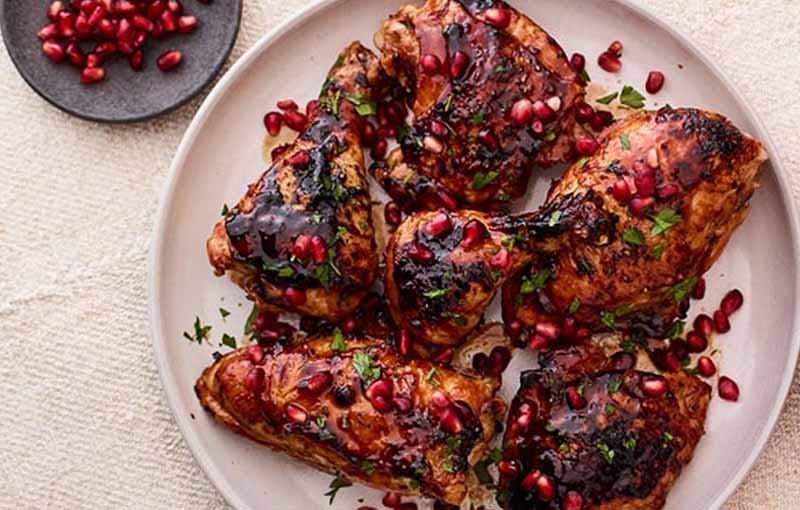 Traditional Southern foods
Travelers in southern Iran always give a compliment on the spicy food. In Khuzestan, falafel and samboose are cheap and popular food of locals. But in more eastern provinces, including Hormozgan, fish and other see foods are also popular.
One of the most famous stews in the south of Iran is called "Ghalie Mahi", which is mostly cooked in Khuzestan, Bushehr and Hormozgan provinces and southern Baluchistan. The fish is cooked with vegetables such as coriander and fenugreek, Indian spices and seasonings and finally the South Sea fish.
Traditional Northern foods
The most popular Iranian food in the north of Iran, including a range of the most delectable flavors and smells, welcomes tours and travelers alike. it is garlic that has an important role in the flavor. Also, local vegetables, eggs, walnuts and pomegranate paste form the basis of northern cooking.
It is difficult to choose one or two samples of Northern foods to introduce. Because each of the food in this area has a unique and enjoyable taste. But sour Kebab/ barbecue and sour chicken may be the favorite food of many tourists. The sour taste that pomegranate paste gives to meat or poultry keeps it in mind.
beside this barbecue is Anarbij, a stew made of pomegranate and walnut paste, shirintare made of spinach and garlic, chicory, nasakhaton, langi, wawishka, a combination of liver or Mentioned red meat and tomatoes, sour shami, khuli pottage and many other foods. The city of Rasht has a rich and varied foods in the northern part of Iran, registered as a creative food city on the UNESCO Creative Cities Network. 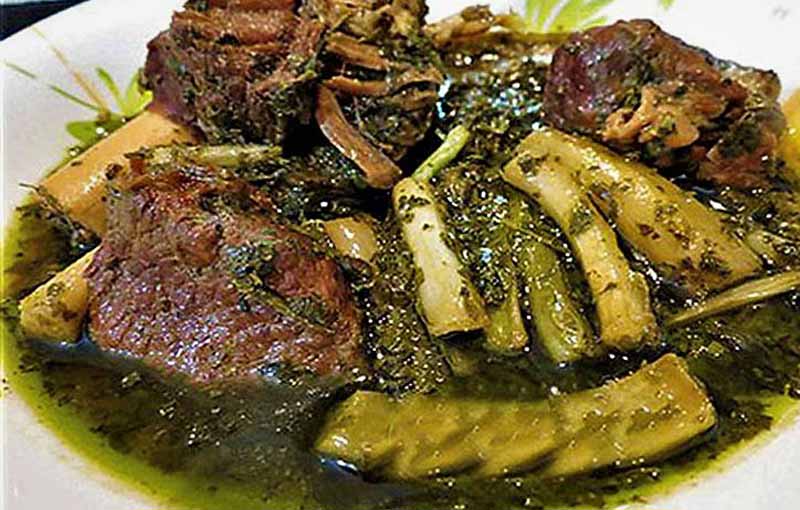