Ashura and Tasu'a, the commemoration days of a tragic incident

The event took place in Karbala plain, current Iraq in 680 AC. Imagine tents which are held near the Euphrates. Two armies have settled alongside this roaring river, and it looks like there is a war ahead. On one side Imam Hussain, the third leader of Shia Muslims, and grandson of the Prophet Mohammed was and the other side was the Kufi Army. The Kufis did not allow Imam Hussein's allies to drink from the river water, and the tragedy begins from here.
Ashura, the 10th day of Muharram, is the same day which the tragic event of Karbala has happened. On that day an unequal battle begins, during which Imam Hussein and his 72 companions were martyred. Many historians considered that the reason of this war was "Yazid I", which Imam Hussain did not accept his rule over the Muslims.
Although the incidents of Muharram was not limited just to Ashura, many battles has fought between the two armies days before. Tasu'a the 9th day of Muharram is also an important day, during which Abbas the Imam Hussain's brother whom was sent to the Euphrates to bring water was shot dead and martyred, therefore the Shia Muslims especially in Iran and Iraq perform mourning rituals during this day. 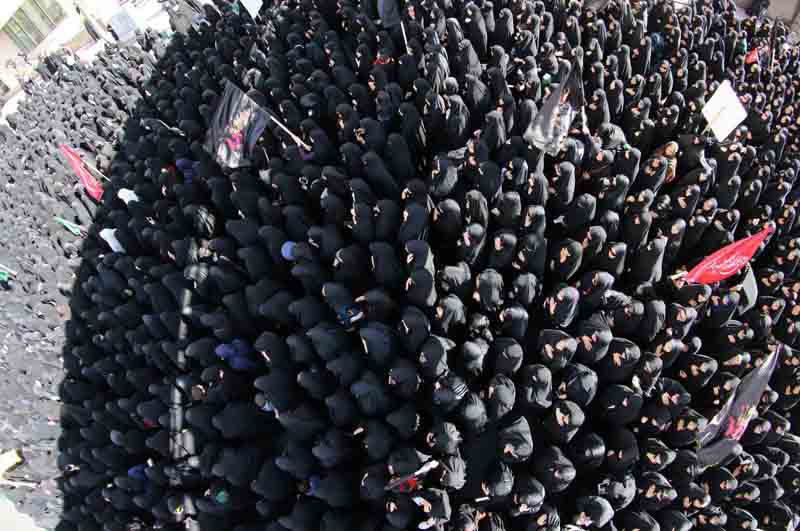 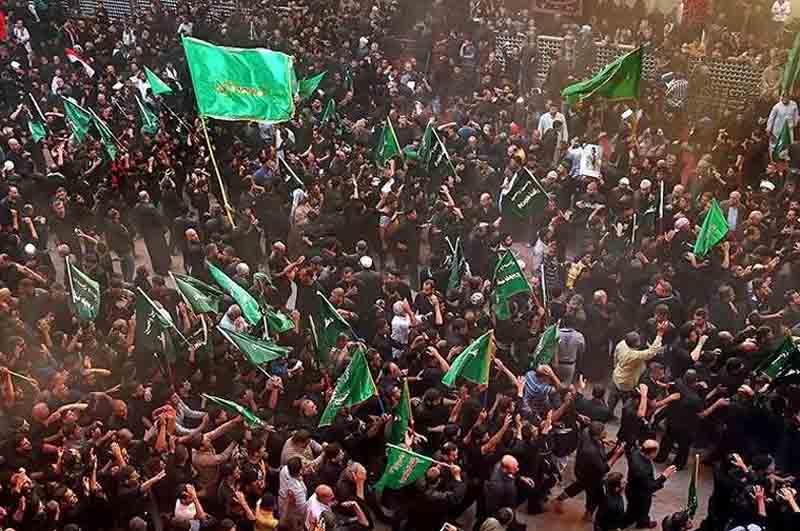 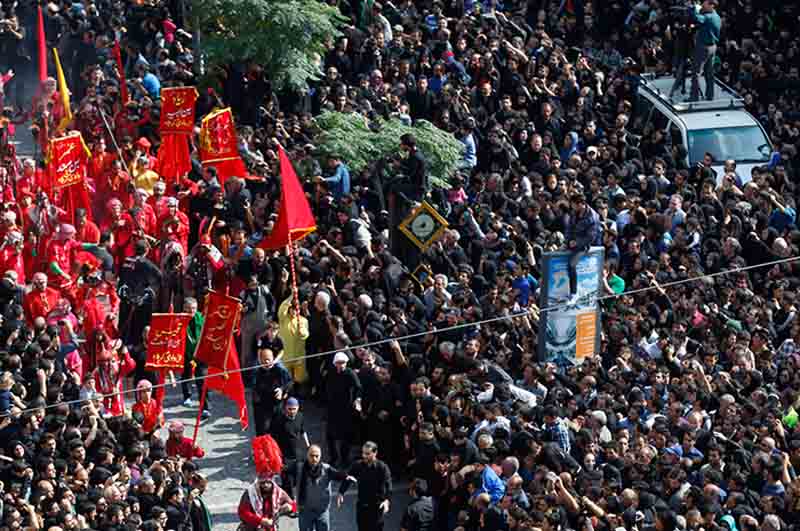 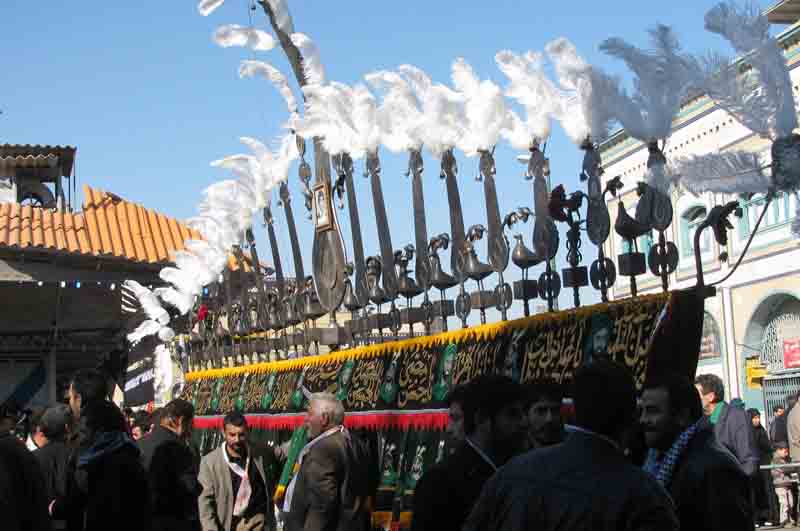 The Ashura and Tasu'a rituals in Iran:
The religious rituals of these days in Iran are in the form of mourning carnivals, which are people wearing black and walking in alleyways and streets in long lines to mourn for Imam Hussain together, these long lines are called Dasteh (group). Each group belongs to a particular neighborhood, alley or mosque. They hold the Alam (sign) in front of each group which is a symbol of Imam Hussain's army vanguards. Alam is a vast structure designed with colored feathers and lanterns which are moved by strong men.
After the Alam two person holding two flags usually black or green are moving, following by the group of mourners rehearsing sad poem alongside with the Maddah who sings the sad poems whit a specific rhythm about Karbala incidents and Imam Hussain. This is the simplest ritual of Ashura and Tasu'a. However there are more rituals, one of which is burning the tents. In the Ashura noon, people set up tents and at the end of mourning ceremony set these tents on fire in the memory of burning the Imam Hussain's tent in Kabala. Ta'zieh is another form of these rituals which is presented as a symbolic performance of the events of the martyrdom of Imam Hussein and his 72 companions.
Among the famous rituals during these days is donating Iranian food as votive offerings. These foods are cooked in big pots to provide foods for groups of mourners. Some of families offer votive foods among people so their prayers accept by god. The most common offerings are Gheymeh and also Ash-e Reshteh (pottage). However depending on the climate of the city and the traditional food of each region the variety of foods are divers.
Chees sandwiches, even tea or cocoa milk and coffee consider as votive offering.
Ashura and Tasu'a are the religious days in Iran in which Shia Muslims mourn for Imam Hussain in different ways. Seeing these unique rituals and cultural manifestation in close are included in Tours to Iran, so next time you wanted to travel to Iran, make sure to not miss walking along groups of mourners eating offerings and watching Ta'zieh. 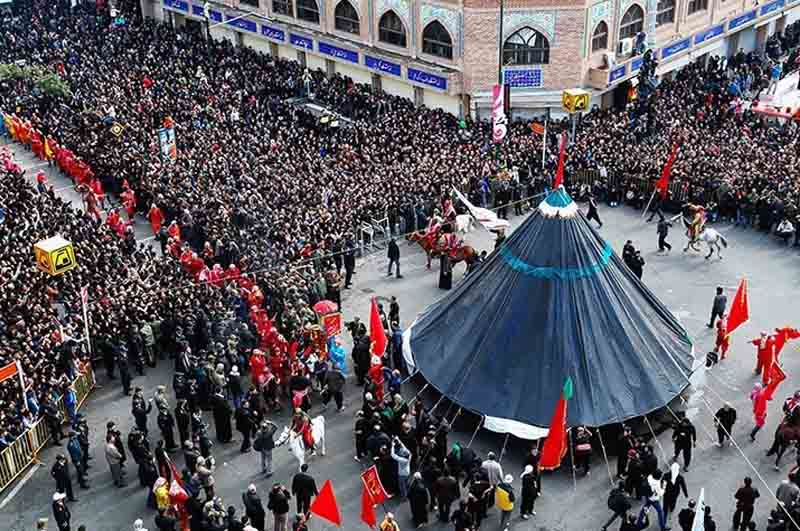 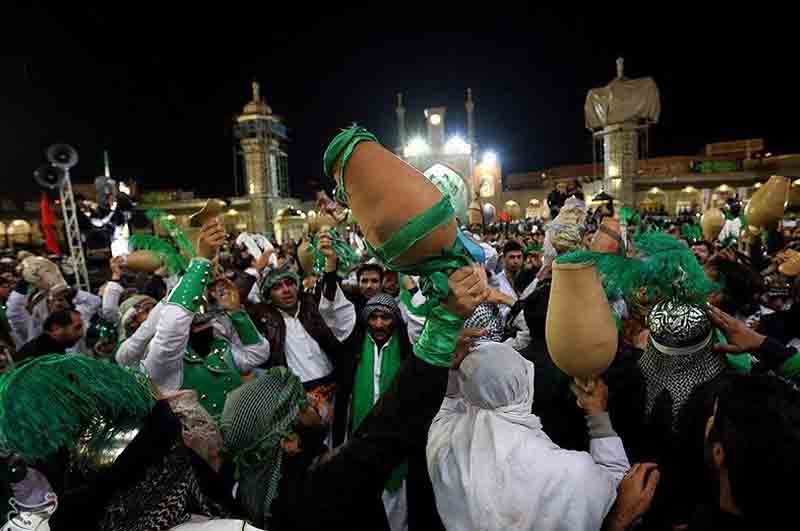 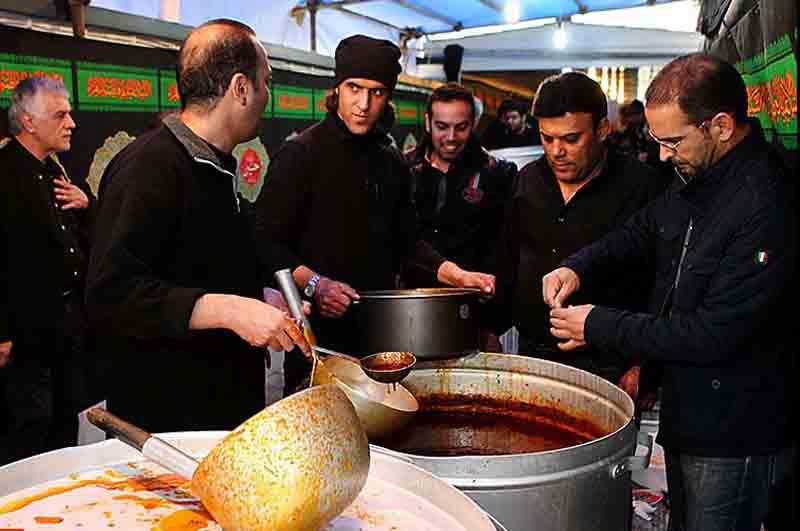 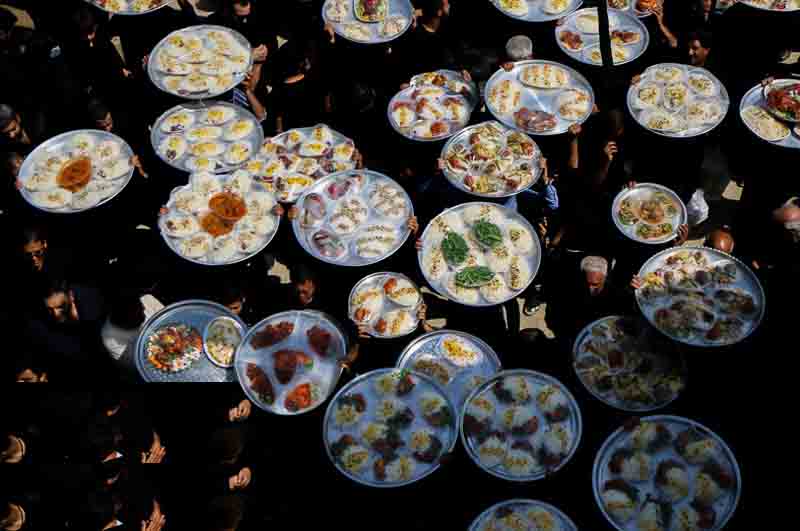