Iranian mosques the Rainbow of light and spirituality

Mosques as symbols of Muslim religious traditions have been recognized as one of the main factors of any city over the years. The importance of mosques in Iranian cities is insofar as the Jameh mosque, the largest and most important mosque in any city, is located next to Bazar , which is the driving force of the economy and trade center. Therefore, they are also considered as one of the leading tourist destinations. That’s why architecture of the mosques is stunning and spectacular, and the architects in various historical eras tried their best to build great mosques. The use of fine colors along with exquisite architectural forms added to the glory of these holy places. All the efforts to build mosques is to remind the superior world of mysticism and spirituality. From the color of the tiles to the shape of the arches, they catch mind and sight and it permits a view of heaven to the sky. Architecture and related decorations are not the only reason for the exterior beauty of Iranian mosques. Rather, they use tiling, painting, plastering, carving, calligraphy, and even euphonious sound of Adhan and Quran. 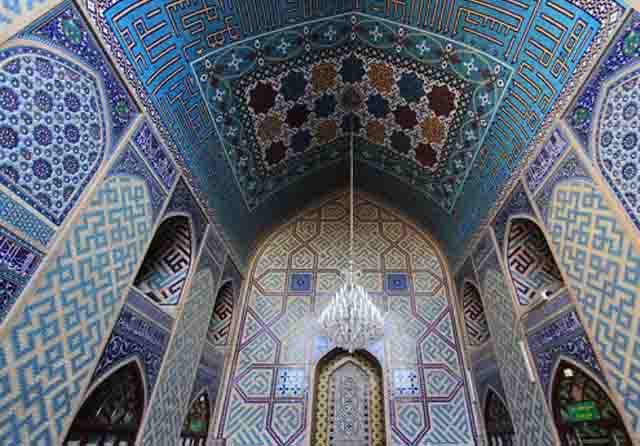 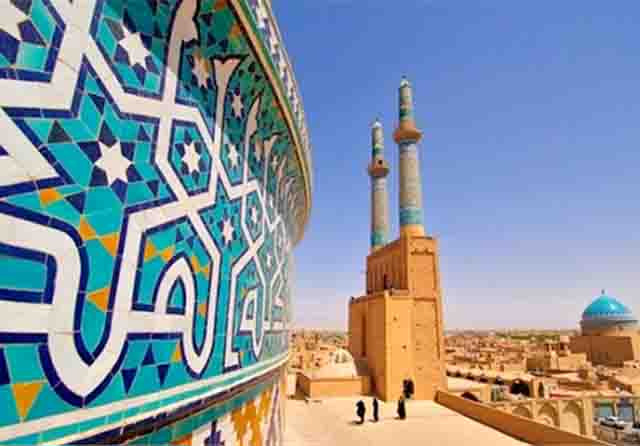 The history of mosque architecture in Iran:
Archaeologists believe that the antiquity of the circular dome constructions dates back to pre-Islamic eras in Iran, as it can be seen in the construction of palaces such as the Ardashir I Palace in Firozabad and the Sarvestan Palace both related to the Sassanid era. The use of these domes, regardless of the coverage of the large halls, brings beauty and glory to the exterior view. 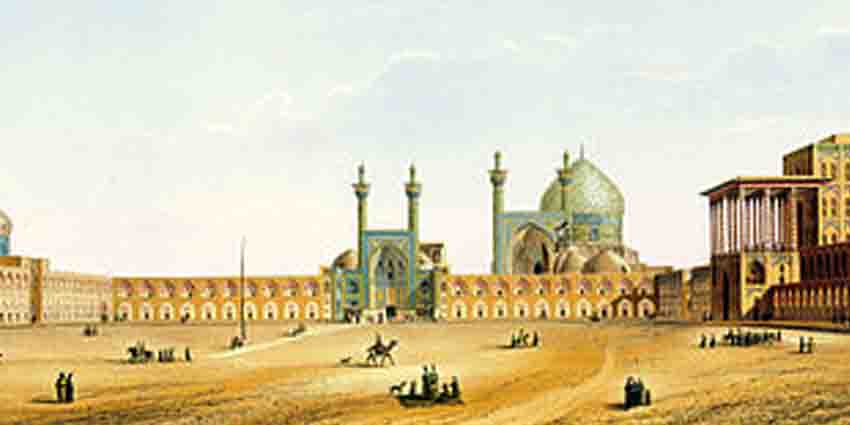 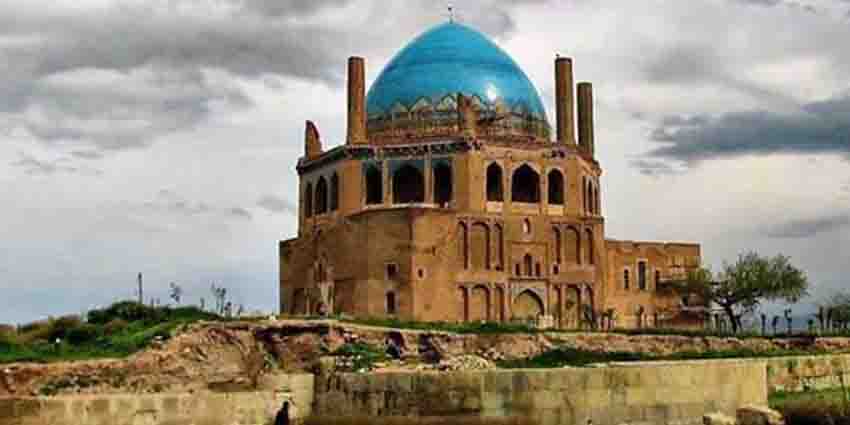 The use of Geometry in Iranian Mosques:
The Iranian mosque is an unmatched manifestation of geometry. Because the rectangular courtyards by triangular shapes eventually ends up in a circular dome. The apogee of using geometry can be seen in Sheikh Lotfollah Mosque in Isfahan, which, in addition to its glorious beauty, also comes with its constructive scientific perception. According to Professor Arthur Upham Pope, the famous contemporary Iranologist in his book "A survey of Persian art ", there is not even a nuance weakness in the geometric calculations of the Sheikh Lotfollah Mosque, and the dimensions also the proportions are carefully observed.
However, Iranian mosques have undergone many changes throughout history, with many decorations being added or traditional techniques have been superseded by recent ones. For better comprehension, it's better to analyze Jameh Mosque of Fahraj and the historic Jameh Mosque of Damghan, which both are of the oldest mosques in Iran.
There are no trace of Mihrab, dome, stone inscriptions , tiling or other decorations that later became common in mosque construction. Rather, what is most felt walking into these mosques is the simplicity and silence. 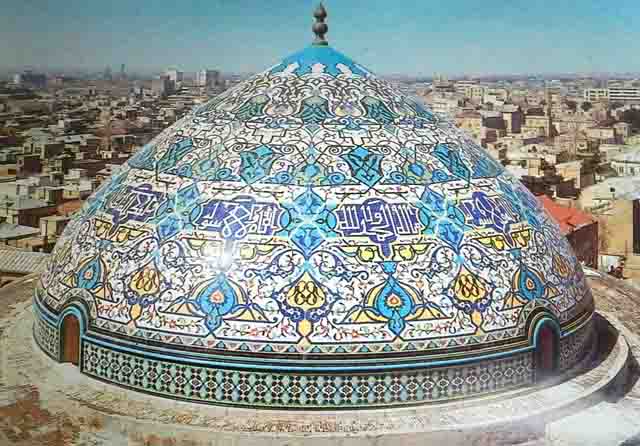 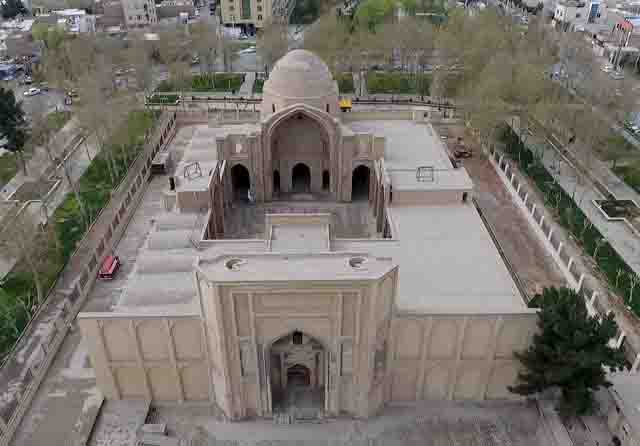 The mosque's architecture in history
In the Abbasid period, mosques were designed with open courtyards and columned porches that exemplified Arabic-style architecture. The monolithic clay bricks and pillars were mostly used in these buildings. Gradually, major changes were made to the mosque and bricks were used instead of clay bricks.
An important feature of the mosques during the early Islamic period was the ceiling of the mosques which was completely flat and minarets were built outside or next to the mosque, and Kufi stone inscriptions were used to decorate the walls. The exemplar of this period in Iran is the historical Jameh mosque of Damghan that dates back to the second century AH and is the oldest mosque in Iran.
During the Buyid dynasty period, there was a return to the Sassanid architecture and the four-porch mosques were rebuilt, with massive columns and long porches. Plaster was used to decorate the buildings and the main decoration of the mosques in this period was done in a variety of colors. The mosques of this period can be referred to the Jameh Mosque of Nain. The mosque still is used, and has the oldest minaret in Iran.
"Modesty", "strength "and "beauty' are the distinct futures of mosques structures during the Seljuk period. Despite of nearly 4 centuries gap with Sassanid era, one can still see the Sassanid four-porch plan. Brick buildings and decorations include Indian lines and motifs stamped on brick, plaster, mosaic tile, and inscriptions in Kufic script and manuscript. Amongst the mosques of this period the Jameh Mosque of Ardestan can be mentioned.
During the ILkhanate era, the mosques maintained their traditional Seljuk style, but the Mongols tend to build huge buildings with large domes and soaring towers to show their mightiness, and to enhance the aesthetics of the building, the facades of the building were slender, with tall frames and pointed crescent. At this time, the use of glazed and non-glazed brick ornaments, plaster and brick pieces in mosaics, blue tiles with beautiful floral and shrub designs, and magnificent Kufi inscriptions with ornamental strips were common. The Jameh mosque of Varamin and Soltaniyeh dome are best examples for Religious monuments and mosques of this period.
The tradition of building mosques in the Timurid period continued in the same way as before. The buildings are often four-porch with tall verandas and porches adorned with beautiful Mogharnas, and magnificent tile mosaics. The onion domes are the distinct feature of the mosque structures during this period .Also the perfection of the use of color in architecture can be seen as the, exemplars of which can be seen in Kufic inscriptions in gold in the context of blue tiles. Goharshad Mosque is the most famous mosques of this period.
The Safavid monuments still have the four-porch plan, with attention being paid to the construction of large verandas. Glazed tile, mosaic and seven-color tile are used to decorate the exterior and interior walls of the building, arches, minarets, domes and Mihrab. Brilliant Naskh and Thuluth manuscripts on blue tiles and the light entering through the windows embedded in the stem of the dome gives a spiritual state to the mosque.
Architectural example of this period includes the Mosque of Naghshe Jahan which was built by Shah Abbas and is considered as the crown jewel of buildings in Isfahan. The Qajar period is the period of cadence in Iranian architecture. Compared to the beautiful buildings of the Safavid period, no building could be countervail. The most prominent buildings of this period belong to Fath-Ali Shah Qajar, which is an imitation of Safavid buildings and most of the important ornaments were adapted from European art. The Sepahsalar Mosque and School is one of Tehran's famous historical mansions.
The dominant spirit on Iranian mosques has been attracting tourists for many years to show their admiration for this buildings. The tile and brick of mosques had been heard the sound of Adhan and welcomed many travelers for many years. 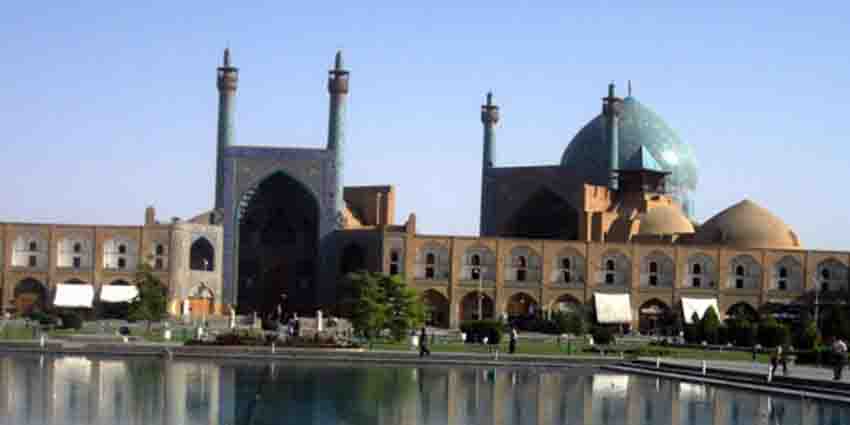 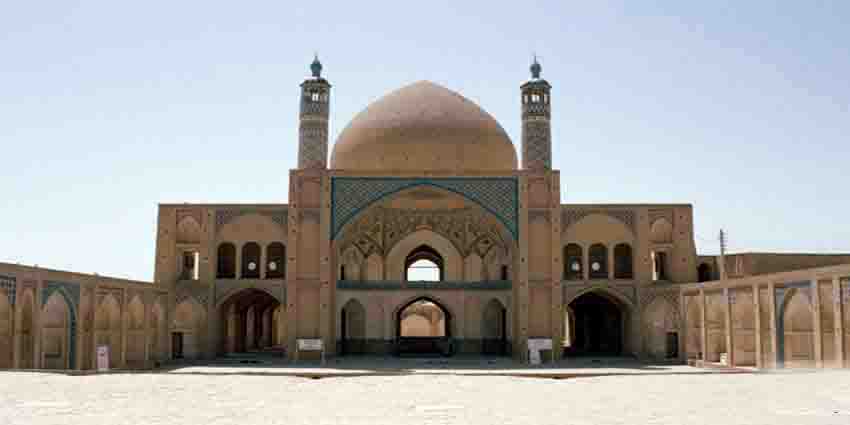