Arbaeen walk the most cherished Trip to Karbala

Arbaeen is coming, and the sound of drums and chains is heard higher. This is where mourning reaches its peak and people go to Arbaeen walk to show their devotion to Imam Hussein and commemoration of Muharram and Safar. Every year, around the 40th day of the martyrdom of Imam Hussein, a group of Shi’a plan to travel to Karbala by walking. Along the way, there are special mourn who are usually part of Shia rituals . Karbala’s prominence in Shia is the result of the Battle of Karbala , fought on the site of the modern city on October 10, 680. Arbaeen is the largest annual gathering of people anywhere on earth, a very powerful pillar of Shi’a religion. According to the head of the Karbala Provincial Council, the number of Arbaeen pilgrims has reached 27 million in the year 2015. The commemoration of Karbala begins on the first day of Muharram and reaches its climax on the 10th of Muharram, the day of the battle, known as Ashura and continues for 40 days until Arbaeen. Men and women gather in mosques , chant and weep, mourning Hussain, his family, and his followers.

Arbaeen walk
The Arbaeen Pilgrimage is the world's largest annual public gathering that is held every year in Karbala, that is done by Shia citizens of Islamic countries. The Arbaeen Pilgrimage has been widely held since 2010 because it was previously banned by Iraq leader Saddam Hussein. However, the history of the Arbaeen’s walk goes way before. The first Arbaeen walk was done by Zaynab bint Ali(SA) and Imam Sajjad. They marched from Damascus to Karbala to commemorate the 40th day of Imam Hussein's funeral.
The Passionate Pilgrims
As it was said, the Arbaeen Walk is carried out by a population of millions and is a Passionate display of loyalty around the world. on days near Arbaeen Millions walk the Najaf route to Karbala, which is 80 km, within three days. Some people take off their shoes during this walk and continue their journey with their bare feet to eliminate their sins with every step they take and become to pray for goodness.
Along the roads to Karbala, many mawakib (tents) are devised with the aim of providing "accommodation, food and beverage and medical services", and practically anything else the pilgrims need for free. Most of these tents are run by ordinary people, and anyone with any power wants to help the pilgrims. In these tents there are all kinds of dining and resting places, and those who are not financially capable, do the work of pilgrims and help relieve their fatigue.
All the services of these centers are free and only for the welfare of the pilgrims. The care of pilgrims is regarded as a religious duty and people who do this do not expect any wages or money. Making the Imam Hussain's pilgrims comfortable during their trip is so sacred for them they consider it as their reward.
The night before Arbaeen
Arbaeen is forty days after the Ashura. The biggest and most magnificent mourning in the world takes place on this day. Among Arbaeen pilgrims, Iranians have the highest number. 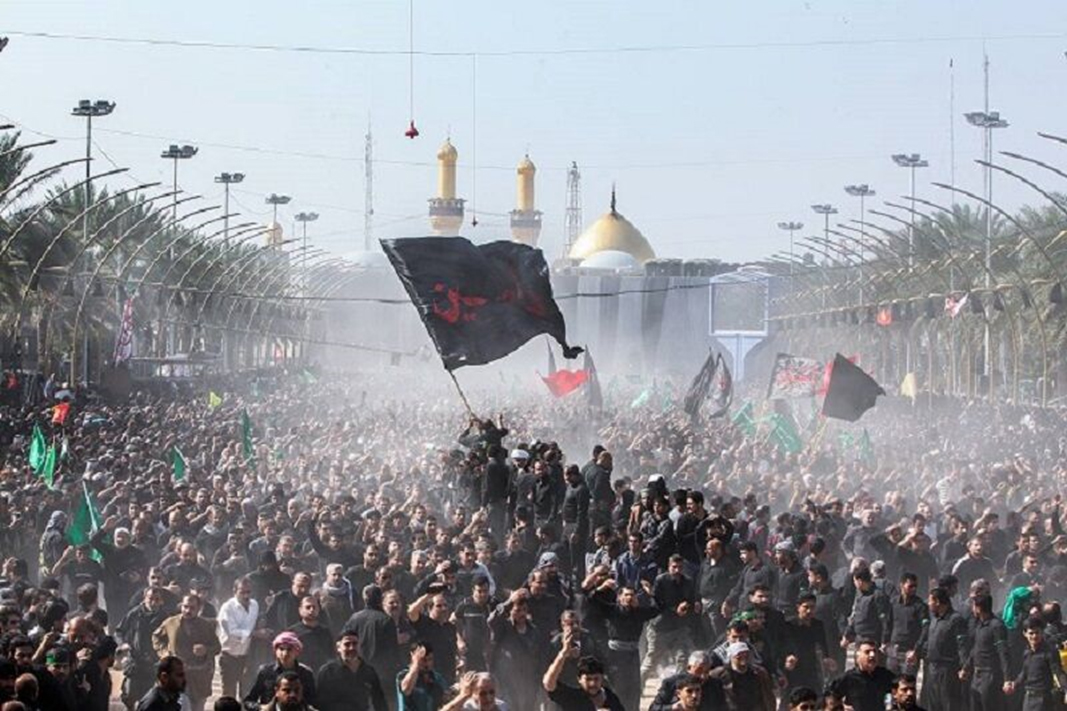