The world's oldest church in Iran is in Chaldaren

Coexistence of different religions under the national solidarity

Scholars of Iranian culture, admit that all Iranian people from every ethnicity and region are in a spiritual harmony. The social studies indicate the fact that linguistic, ethnic and even religious differences have not broken the national solidarity and all Iranian ethnicities in different historical periods were proud of being Iranian. The most prominent example of the solidarity between various Iranian ethnic group and followers of different religious was the eight years of defense during the imposed war of Iraq against Iran. According to the 12th article of the Constitution of the Islamic Republic of Iran the official religion of Iran is Islam, yet the same article is emphasizing the freedom of other valid religions in Iran. So that all followers of these religions can practice their religion freely in their personal environment. Article 13 of the constitution specifies other valid and recognized religions that have followers in the country. Zoroastrian, Iranians Jewish, Armenian, Christians and Assyrian are free to practice their religion according to their religious doctrine. The Precision inserted in the 13th article of the constitution provides freedom of religious by followers of the aforementioned religions in the Islamic republic of Iran, and this means recognizing the rights of followers of religions. Furthermore, each of the mentioned religions have one elected representative in the Parliament of IRI. At the same time, Article 14 of the Constitution emphasizes the necessity of good manners, installments, Islamic justice and citizenship rights for followers of all recognized religions in Iran.
Zoroastrians of Iran
Followers of Iranian prophet, "Zoroaster", have a special place among the tribes and religions of Iran, because their birth place and their prophet's is the Iran .so, the boasting and prosperity of this country is always their wish, whether in the past or in the future. Zoroastrians always praise the land of Iran in their prayers and salute to its men and women. The Zoroastrians history dates back to four thousand years ago and as a result of foreign invasion to Iran, it has gone through ups and downs for many centuries, the Zoroastrians have resisted adversity to protect them religion and culture, as in the past, by setting up rituals and celebrations of this religion, they have retained their cultural characteristics as before. 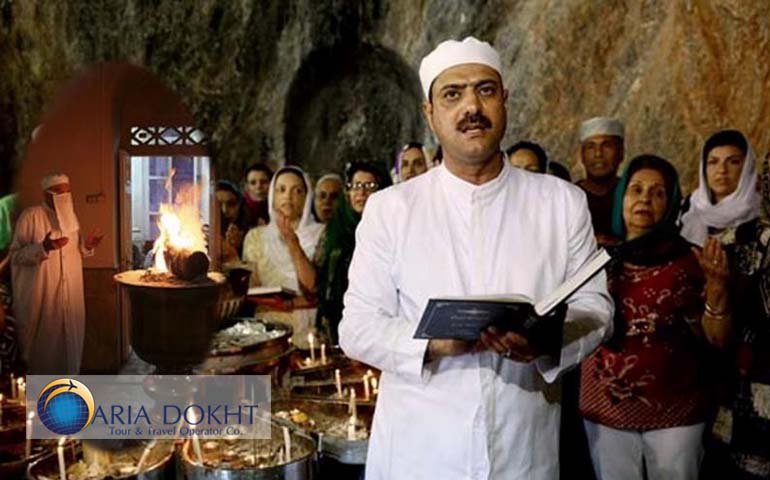 Jewish of Iran
If we look at the history of ancient Iran, the name of Jewish people is interwoven with the historical and cultural ups and downs which have contributed in the development of what we know as Iranian identity today. The arrival of Jewish people into a land that later became the territory of the median state, begun about the year 722 B.C. Assyrian kings forced ten tribes of Jacob's descendants to migrate towards western and northern parts of Iran. The exodus of Jews during the reign of Cyrus the Great continued with the conquest and the release of Jewish capitals by Nebuchadnezzar II who have been exiled from Jerusalem to Babylon in the year 586 B.C.
Armenians of Iran
Armenians have ancient earth bonds with Iran. A group of them have always lived in the ancient land of Iran and others came to Iran for the last five hundred years for various reasons. They have been in influential minorities in various fields throughout Iranians history, especially in the late nineteenth and early twentieth centuries. Iran has been the only none-hostile Armenian neighbor for at least a century and perhaps more. It is the common believe that the first years of the 17th century are considered as the date of the Armenian's arrival in Iran, this is when king Abbas of Safavid has forced migrate the Jolfa Armenian to Isfahan. But the presence of Armenians in today's Iran has a long history in the Achaemenid period, Armenia was a part of Iran so that all Armenians were considered as Armenians of Iran. Armenians today are probably the most popular minority in Iran and have more privileges than other minorities. Armenians “Morsali church”, is the most prominent branch at the oriental orthodox churches in Iran . These are group of orthodox Christians who were independent of the Byzantine church and later Russia and are different from the eastern Greek and Russian orthodox. Orthodox Armenians commonly call themselves Gregory so as not to be confused with Catholic Armenians. They are the greatest group of Iranians Christian. The number of Iranian Orthodox Armenians is one hundred twenty thousand of which many have emigrated. Another number of Iranians Armenians, about 10.000, are mostly Catholics living in Tehran and new Jolfa. 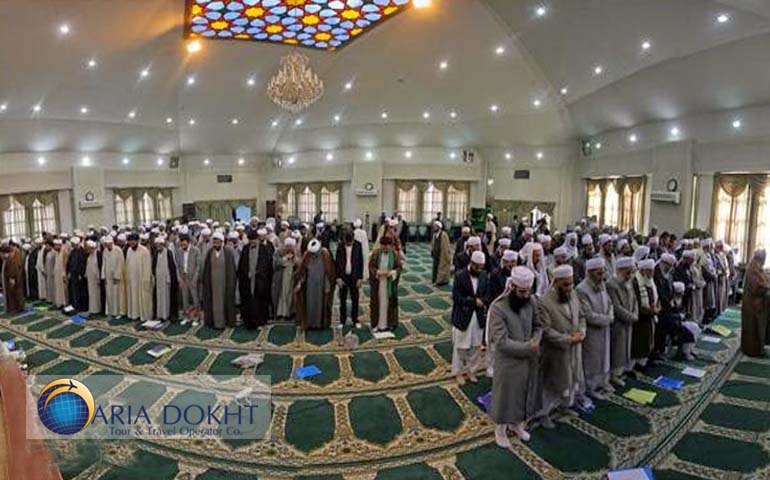 Assyrian of Iran
Assyrian history goes back to the thirteenth century B.C and the down of the Assyrian Empire in Mesopotamia. The Assyrian Empire was finally defeated by the Median Empire in the year 612B.C after 116 Assyrian kings. The Assyrian then dispersed to Mesopotamia, Syria, India, Iran and other countries in the region. After the emergence of Christianity, Assyrian tribes in various countries converted to Christianity.
Mandaeans of Iran
Mandaeans written instruments indicate that their initial habitant was somewhere around the Jordan and Palestine rivers. After the death of their last prophet, the John the Baptist the Mandaeans were persecuted by the Jews, more than 2000 years ago. eventually, they moved out of their land under the Leadership of Ardavan. After passing through the highlands of midiyay and Harran they have settled in Mesopotamia and Khuzestan. The history indicates that, Political stability and religious tolerance of the governments were the reasons for their permanent residence in these areas. The date of the Mandaeans arrival in Iran goes back to the beginning of the second century B.C. Since then, the Mandaeans have remained largely unrecognized as they have unitedly defended their and religious practices. Nowadays, the Mandaeans are one of the religious minorities in Iran and Iraq, located in the eastern regions of Khuzestan, in Ahvaz and Khorramshahr, near Karun and Bahman-Shir and Karkheh, in cities and villages near Arvand and in Basra on the Tigris and Euphrates sides. They live in the lowlands. Nowadays, they are mainly engaged in the manufacture of handicrafts in Khuzestan. Although the Mandaeans are one of the oldest residents of Iran, yet they are not a recognized ethnicity in Iran. The reasons for their isolation are the lifestyle and evangelism of their religion. Today, these people are trying to emphasize their identity as people of the book in Iran which is a predominantly Islamic society. 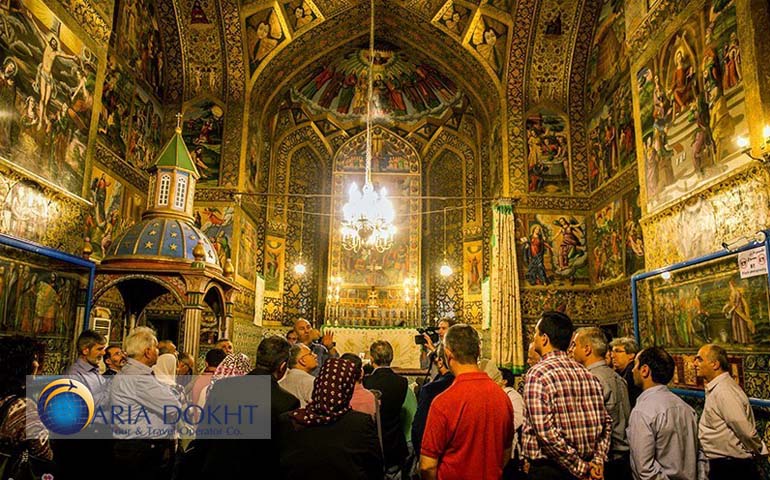 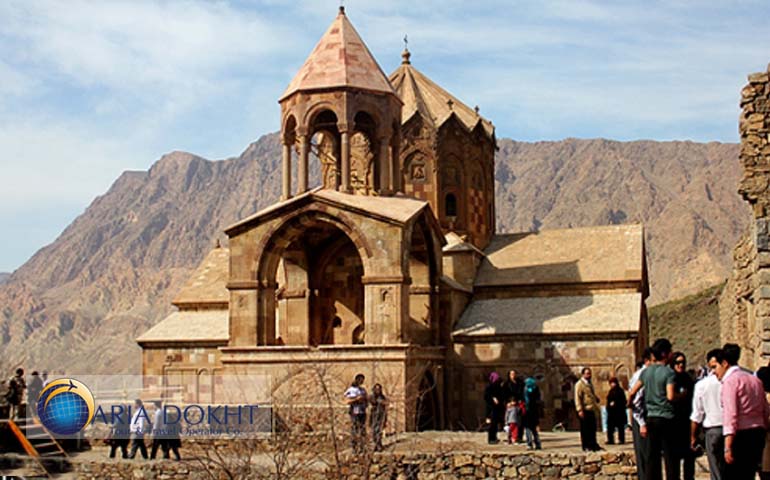