Mashhad, the Mystical Capital of Iran

Mashhad, the Mystical Capital of Iran

Mashhad is the capital of Khorasan Razavi Province in northeastern of Iran, Mashhad is the most important religious tourism destinations in Iran that welcomes thousands of tourists every year. The city features unique attractions such as the Imam Reza shrine, the eighth Imam of Shia Muslims , and many more historical and cultural sightseeing, making Mashhad one of the most visited tourism destinations in Iran. The city flourished during the reign of Shahrokh Timurid and was the capital of Iran during the Afsharid era. It is interesting to know that Mashhad is the second largest city in Iran after Tehran, bearing the title of the mystical capital of Iran. The city covers the eastern parts of Binaloud Mountains with thousands of mosques encompassing the city.
Astan Quds-e Razavi
The “Astan Quds-e Razavi”, (A.Q.R) foundation not only holds historical and religious significance, but also houses exquisite artistic, cultural and historical treasures. It showcases the art and expertise of hundreds of artists, poets, architects, carvers, calligraphers, tile makers, mirror-makers, carpet makers, jewelers and bookmakers. Imam Reza's shrine is one of the most important Islamic monuments in Iran, having been the center of the attention from the past. Located in the center of Mashhad, the shrine includes some of the most beautiful Shabestans (praying hall) such as the old courtyard in In the north part, the Goharshad one of the most exquisite mosques among Iranian Mosques in the south part and the new courtyard in the east part of the shrine. In recent years, other courtyards, including the Islamic Republic's courtyard have been added to the shrine which is the largest and most magnificent courtyard in the shrine. The sound of “Naqara” (timpanist) of Imam Reza shrine in different occasions, attracts many pilgrimages and fills their hearts with joy and delight.
Razavi Shrine
Razavi shrine, with its golden dome , is the heart of Astan Quds Razavi. The tomb of Imam Reza is located in the northwest wall of the shrine. The shrine features three exquisite Mihrabs (altars), profound tiling from the Islamic era, golden doors, silver and gold adytum, and a number of Iranian artifacts such as mirror works, embroidery, tiling, woodcarving, and calligraphy along with verses from the Quran and poems describing the sacredness of Imam Reza. The western part of the shrine has been developed in recent years. 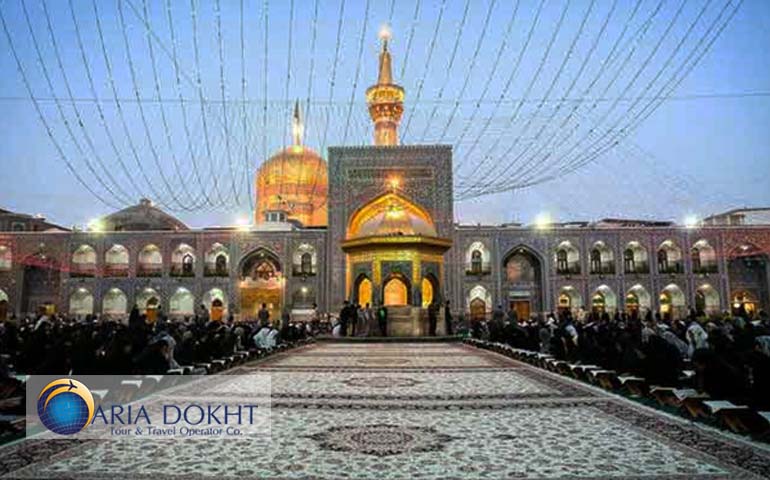 Mashhad Museums
The Astan Quds Razavi has many museums that should not be missed during traveling to Mashhad. The Astan Quds Razavi Central Museum was inaugurated in 1221 AH. The Quran Museum also exhibits the most exquisite Quran versions of the Islamic world. The Stamp Museum is another part of the complex which was built under the Central Museum. In addition, the History Museum of Mashhad, displaying the development of the city through the old and artistic pictures, was also opened after the 1979 revolution. When visiting Astan Quds Razavi, one should not miss to visit the Museum of Carpets. The Astan Quds Razavi Museum is also home to the first stone tomb carved for the Imam Reza mausoleum.
The tomb of Sheikh Baha'i, the prominent scientist of the tenth and eleventh century AH, is located in the shrine after the porch of Imam Khomeini with a stone masonry and glass cover. The location of the tomb of this scientist was his teaching place while he was alive, reaching to 1-2 meters in width and decorated with mirrors works and calligraphic inscriptions. His date of birth and death are inscribed on the tomb as well.
The Tomb of Nader Shah Afshar
Nader Shah, the prominent king of Afsharid reign, also known as the East Napoleon, was killed by one of his army commanders after conquering India and restoring peace in the country. His body was brought to Mashhad and buried in the tomb he had already built for himself. Nader's tomb is now one of popular attractions in Mashhad.
Torghabeh Village
About 11 kilometers from Mashhad, there is a pleasant summer quarter considered to be one of the ancient Toos settlements. Since Torghabeh was located on the old road from Mashhad to Nishapur, with cool and pleasant weather has long been a pleasant destination for tourists. if you like to have a trip to the mentioned cities and more you can book our tour . 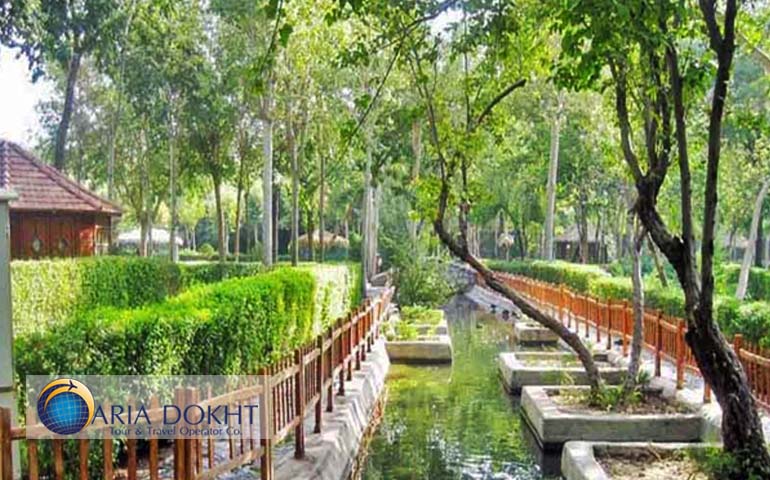 Nishapur, the motherland of Iranian Turquoise
You may have heard about the Iranian turquoise. Extracting from the mine of Nishapur, near Mashhad , turquoise jewelry has a worldwide reputation. However, Nishapur is not only known for Turquoise, but also for its world known poets and writers and its rich literature. Neyshabour, the second largest city of Khorasan Razavi province is home to some of the famous mausoleums belonging to Hakim Omar Khayyam and Attar of Nishapur, Kamal al-Molk, and Parviz Meshkatian the Iranian musician and also home of Dr. Shafiei Kadkani, the contemporary poet.
The modern Mashhad
Today Mashhad has become a metropolitan city in Iran which offers happy days for its travelers. If your children and teenagers are with you, you can take them to the famous water park called "The Blue Waves Land " and create happy hours for yourself and your family. Mashhad International Airport with international direct flights, its five star hotels and Luxury accommodations as well as its international restaurants close to Imam Reza's shrine, can complement the joy and pleasure of traveling to Mashhad.
Mashhad is the rendezvous of all Shia Muslims in the world along with the imam Hussain shrine in Karbal- iraq, with a shrine full of light and color, the glittering dome, the pigeons surrounding the dome, with the sound of Naqara and the dawn Azan accompanied the arrays of devoted worshipers.