Zoroastrians of Iran are followers of Zoroaster, the ancient prophet who was born and lived in Iran. Zoroastrianism was the official religion of this land before the advent of Islam, and the majority of Iranians followed it. The Zoroaster is considered to be the first divine prophet in the world. Today, the number of Iranian Zoroastrian living in Iran is about 6,000, most of whom live in Tehran. Of course, the Zoroastrians are living in other cities, including Yazd, Kerman, Shiraz, Isfahan, Ahvaz, and other cities in Iran. The cities of Kerman and Yazd were the first settlements for the Zoroastrians in the last century. Iranian Zoroastrian have also migrated to India a long time ago, and today some have migrated to the US, UK, France, Sweden, Australia, and other countries.
Zoroastrianism is one of the four official religions of Iran . According to 13th Article of the Iranian Constitution, this religious minority are free to practice their religion within the limits of the law. The Zoroastrians must be regarded as the guardians of the ancient Iranian culture and traditions. Not only have they preserved ancient Iranian customs and celebrations , but they have also preserved ancient Iranian lifestyles.
Zoroaster’s origin
The Zoroaster’s name is the only name that has been remembered in the field of spiritual beliefs and religion by the ancient world and the Indo-European nations. The Book of Zoroastrians is called Avesta and is written in the Avestan language. According to Zoroastrian documents, Zoroastrianism appears and prophesies about 300 years before Alexander the Great's invasion of Iran. According to some historians, The Advent of Zoroaster dates back to 600 years before Christ.
There are also various opinions about the geographical location of this ancient Iranian prophet. Some have called it " ērānwēz ", which, according to some scholars, is somewhere in modern Azerbaijan, and some are consider the Khwarazm region as the birthplace of Zoroaster. 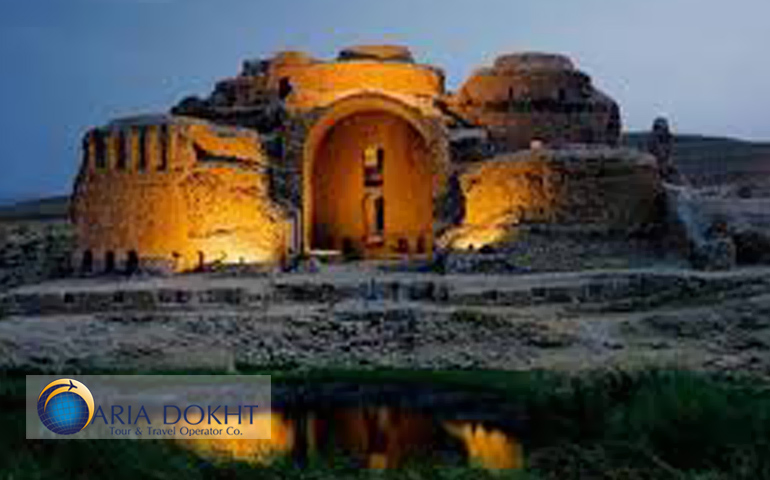 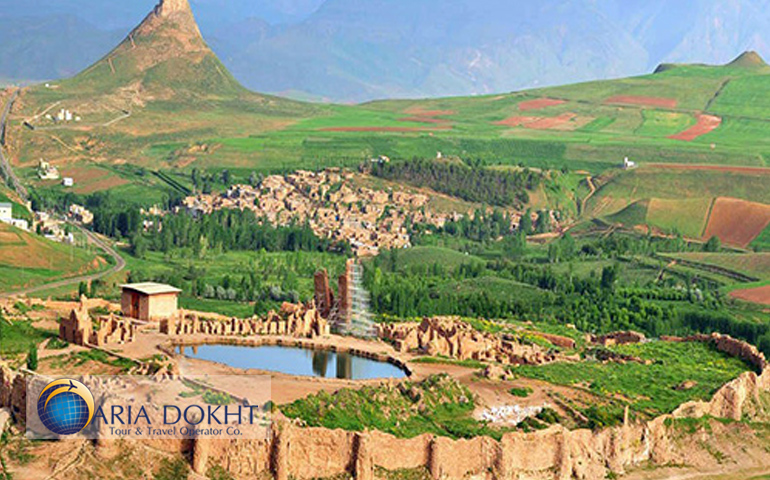 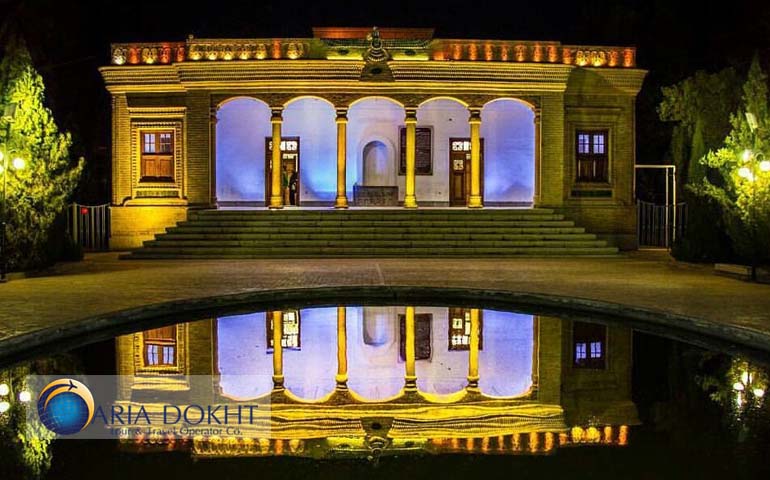 Famous Zoroastrians
Among the Zoroastrians who have been named in the history of Iran for their meritorious services, the Maneckji is the first to mention. Maneckji repaired the zartoshtian Fire temple and founded a charities account for Zoroastrians. In addition, the creation of the Zoroastrian Association is one of his distinguished services. Of other Zoroastrian celebrities is "Lord Keykhosro Shahrokh", who represented Zoroastrians in the Iranian parliament and built many schools in Kerman. 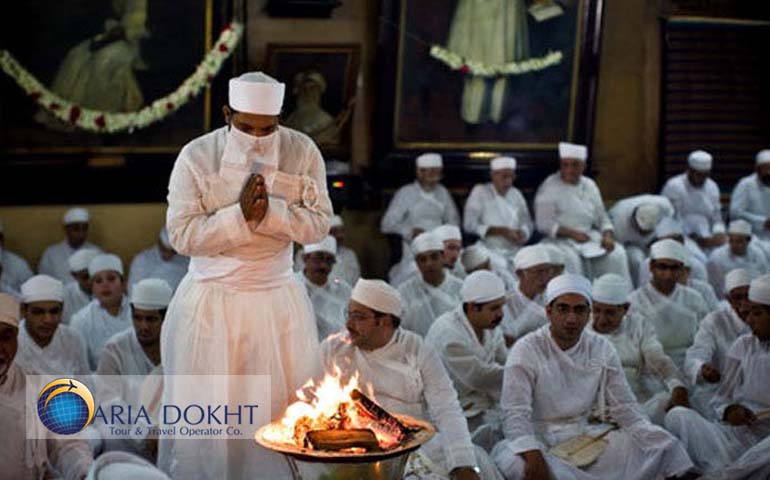 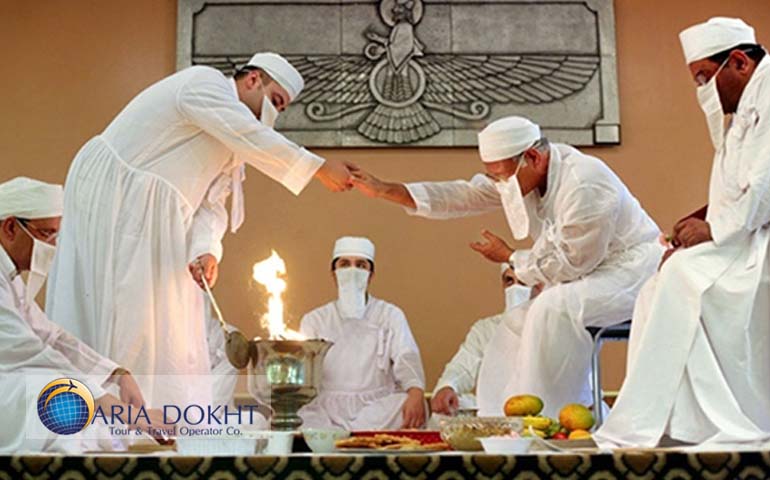 Zoroastrian’s fire temples
Since the Sassanid era, it has been the custom to set fire during every king's Coronation in pre-Islamic periods. The three most famous Zoroastrians fire temples in the Sassanid era were "Azar Goshtasb" or the fire of warriors and martyrs, "Azar Farnbagh" or the fire of Mobs and "Azar Barzin Mehr" or fire of manufacturers and salvers in different parts of Iran. Today, the Azar Goshtasb or Takht-e Suleiman Fire Temple, which is on the UNESCO World Heritage sitesUNESCO World Heritage sites , is located in West Azerbaijan Province. Apart from these 3 famous fire temples, there were many fire temples in Iran, one of which is located in Yazd.
Zoroastrian’s heritage in Yazd
One of the most valuable Zoroastrian’s heritage in Yazd is the fire temple that was built 86 years ago. the fire temple was built by personal capital of one of the Zoroastrians and “Jamshid Amanat” was responsible for the design, supervision and construction of the building.
Entering the courtyard of the fire temple, you will find a large Houz (Shallow pool) that faces a simple yet beautiful mansion. The yard and mansion are surrounded by a large courtyard with cedar and pine trees. It is interesting to know that existence of water is essential and completes the four Zoroastrians sacred elements of water, soil, fire, and wind. One of the other Zoroastrian’s monuments in Yazd is “Gor dakhmeh” (the silence tower). The place where the Zoroastrians put the corpse of their fellow worshipers, according to their beliefs, to be eaten by predators and vulture. The remains were then stored in the middle of the well in the cellar. According to their doctrine, the burial of the body would contaminate the sacred element of soil. Zoroastrian are also, forbidden to mourn for death of their loved ones, for visiting this sites you can sign in for Hidden treasures of Persia Tour .
Thus, Iranian Zoroastrians community at the present time is a reminder of the ancient religion of Iranian ancestor. The Zoroastrians minority, on the one hand, are keeping the ancient Iranian rituals alive, and on the other hand, they are leading many cultural, social, and economic affairs in today’s society. The Zoroastrian good reputation is due to the good traditions inherited to them, and it is a reflection of the well-known Zoroastrian’s slogan of good speech, good thought, good deeds. 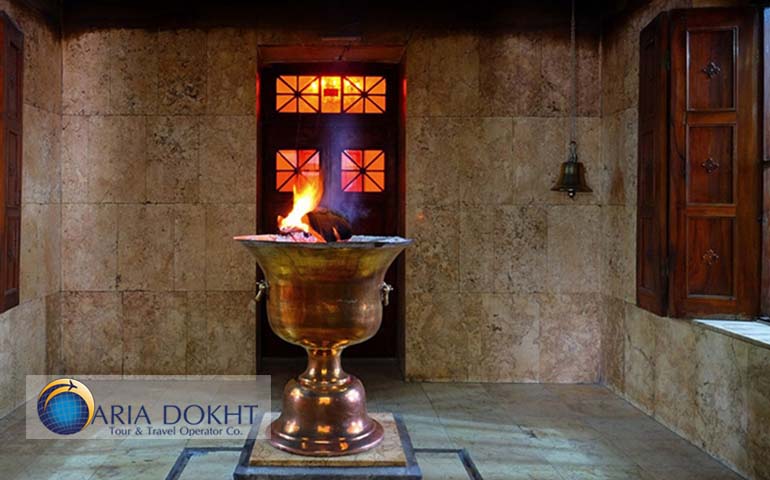 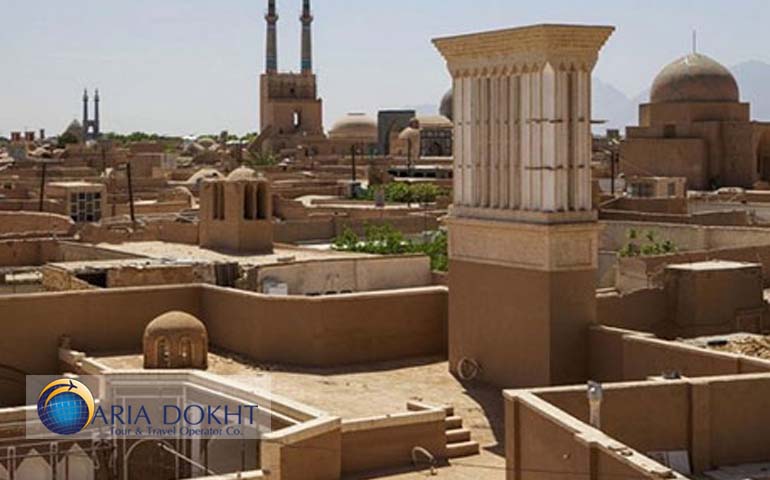