Pomegranate, the fruit of autumn celebrations

What is pomegranate?
Pomegranate (Anar or Nar in Persian) is a fruit tree with juicy seeds, in red, pink and white. The fruit is native to Iran and spread to the Himalayas and India. Pomegranate is one of the first plants to be domesticated by humans.
pomegranate in Iranian culture and literature
The ancient Iranians likened the pomegranate to the sun because of its red color. It is the fruit of Anahita; associated with growth, reproduction and nurturing. Most Persian songwriters recognize it as a symbol of the sweetheart's rosy face. It is also a symbol of delight and goodwill; Rumi says: "If you by a pomegranate, buy it with smile, the seed of which gives you the happiness. The Pomegranate smile in this poem refers to cracks on the skin of the pomegranate that indicate sweetness and redness. In the ancient Persian inscriptions, the elected Soldiers are shown with a pomegranate- shaped spears in their hands. In the plaster carvings of the Ctesiphon Palace and the Islamic designs of the mosques are also inspired by this fruit. In the holy book of Quran, pomegranates are referred to as a heavenly fruit and in many religious it is the symbol of vow and need. 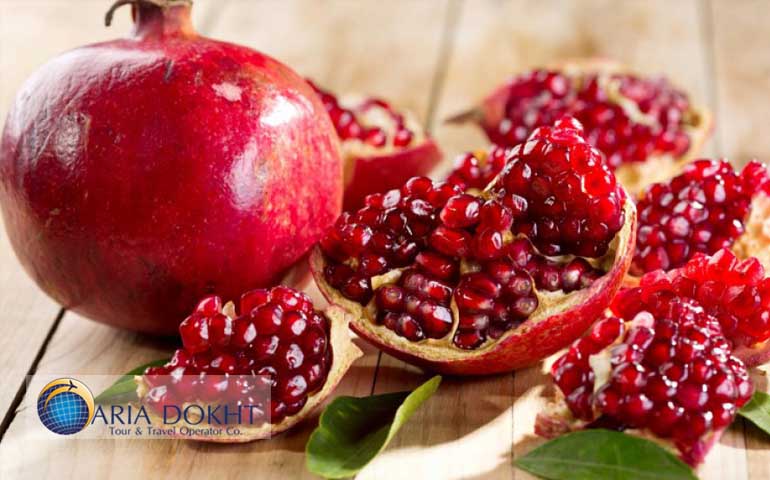 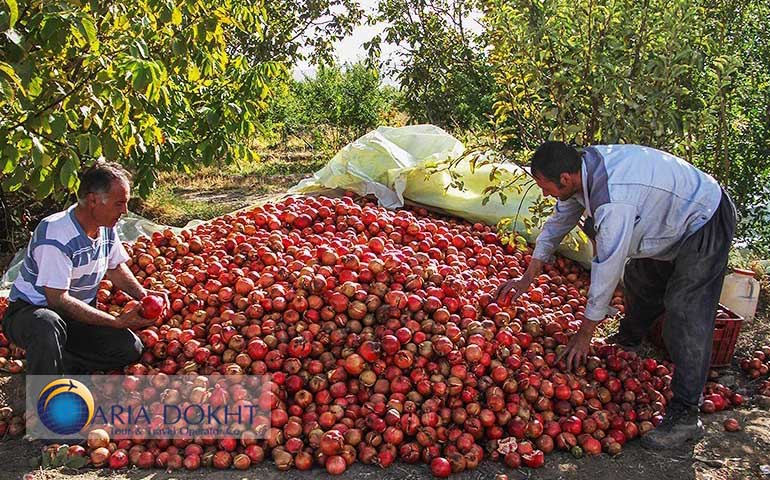 Pomegranate production poles
Saveh:
Sapphire city. Saveh pomegranate has attracted many fans worldwide due to its sweet and sour taste. This pomegranate is suitable for molasses production because of high concentration of its juice.
Fars
The pomegranate skin of this province has a very favorable market due to its special pink color and pleasant taste.
Jolfa
Jolfa pomegranates are among the best in terms of marketability and taste. Varieties of sweet, sour, sweet and sour, black pomegranate are produced in this city.
Kuhdasht
Siab region has one of the most popular and organic pomegranates in Kuhdasht. Among the region's pomegranates, sapphire, hope and pearl are highly exportable.
Guilan
Guilan is one of the provinces with both sour pomegranate (in Masal) and sweet (in Rudbar). The province grows the oldest and most native pomegranates.
FiruzKuh
FiruzKuh pomegranate is exported to Europe. This pomegranate is very suitable for people who suffer from high blood pressure and concentration.
The Iranian food which are made with pomegranate
Chicken and pomegranate stew, Anarbij, Vavishka, Malabij, Fesenjan stew, which most of them are among the traditional food of northern Iran are made with pomegranate. if you like to try these cuisines you can register your name for our Iran Culinary Tour . 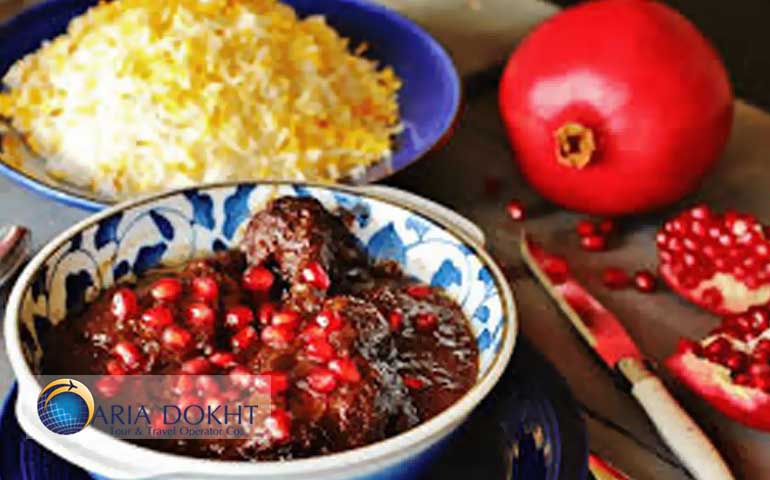 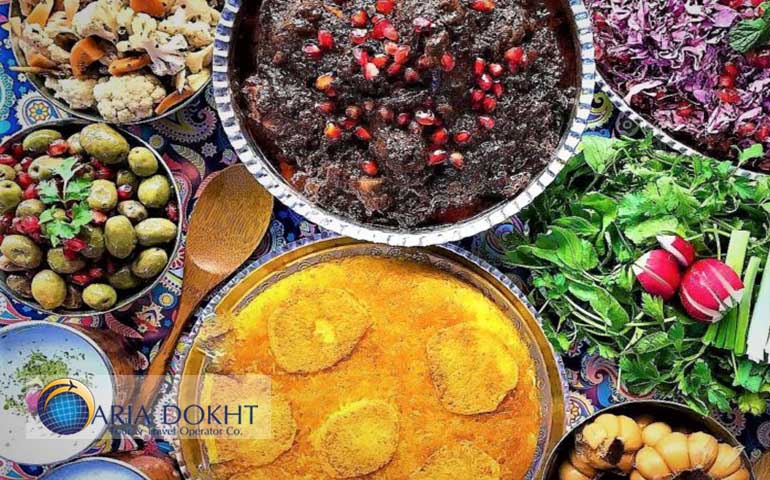 The Health benefits of pomegranates
Pomegranates are rich in antioxidants. Keeping blood sugar and blood pressure at a balanced level, reducing the risk of heart disease and cancer (especially breast and prostate cancer), are among the health benefits of pomegranate.
One of the rarest pomegranates in Iran is the Devil's Pomegranate (Jiroft). This fruit is important both genetically and pharmacologically. It has antibacterial and anti-cancer properties. Even the bark of this tree is capable of treating many viral diseases. 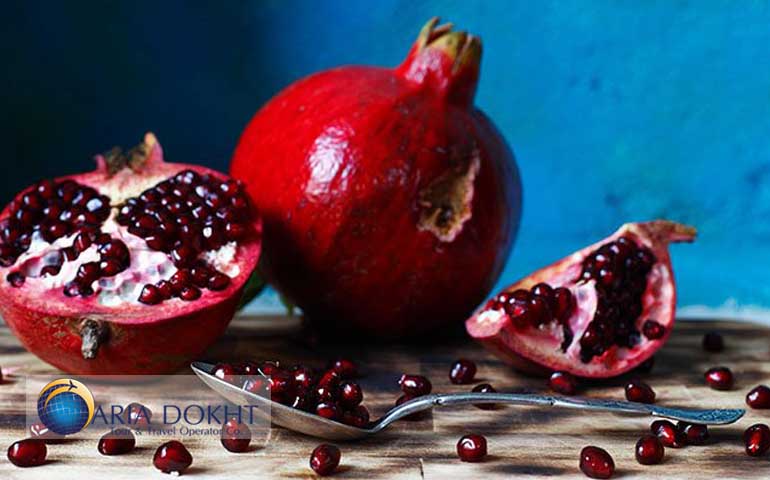 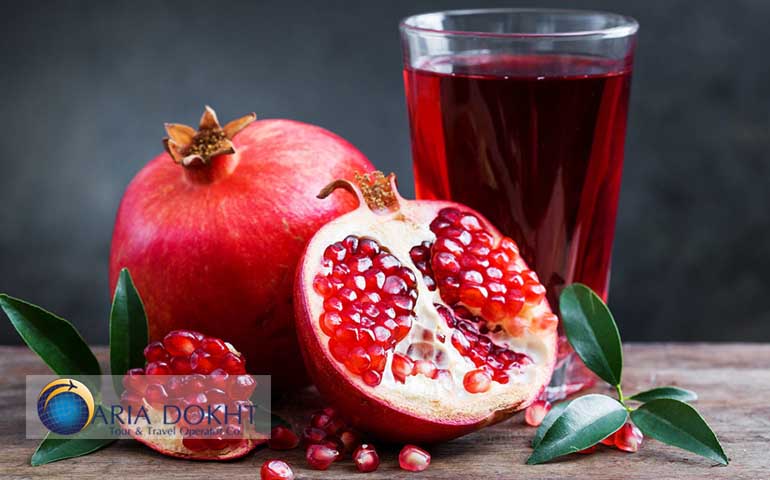 Pomegranate feast
Pomegranate is one of the traditional Iranian celebrations which is held in Saveh, Paveh, Rudbar, Gonbad kavus, Hawraman and other cities. It is held annually in the mid-autumn in the villages of Anbuh in Saveh and Nodeh in Farab. Many tourists come to these villages to attend the festivals. The celebration starts with prayer, folkloric music (Daf, Sorna and Dohol), folkloric games, and local pastry. After that people head to gardens and help the gardeners with picking pomegranates. Since 6 years ago, the pomegranate festival has been held in Mardanagom village east Azerbaijan province. The main attraction of this festival is the folkloric music performed by famous Ashiqs of Arasbaran which attracts many tourists. Farouk Pomegranate Festival is another celebration that has been successful in attracting tourists during the past years. Next time you traveled to Iran if it was during Autumn don’t miss these festivals. Since these festivals are a great place to get acquainted with Iranian culture and different lifestyle of different villagers and of course many delicious pomegranate products will be waiting for you to taste and try. Remember, the taste of pomegranates we pick ourselves is so much better. 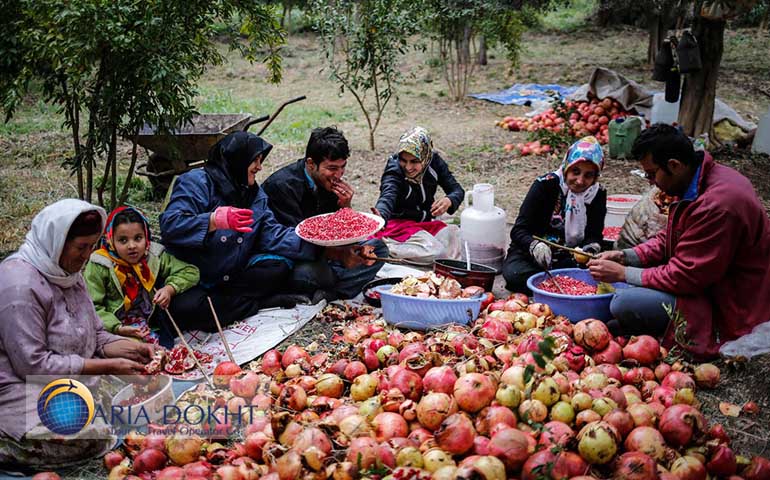 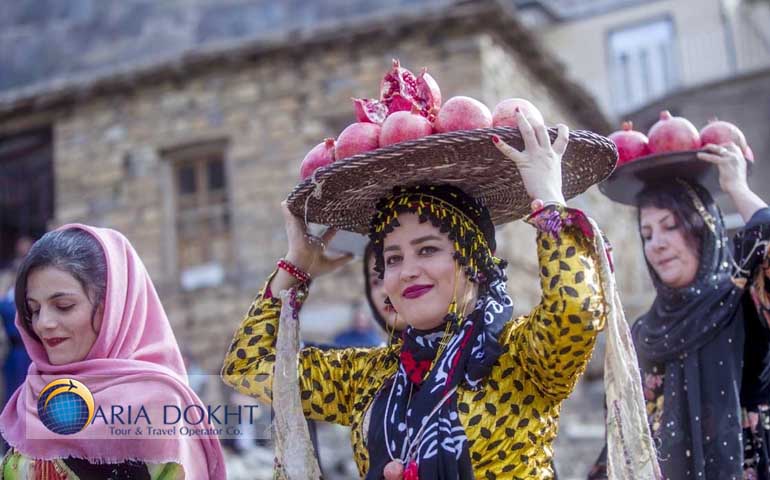 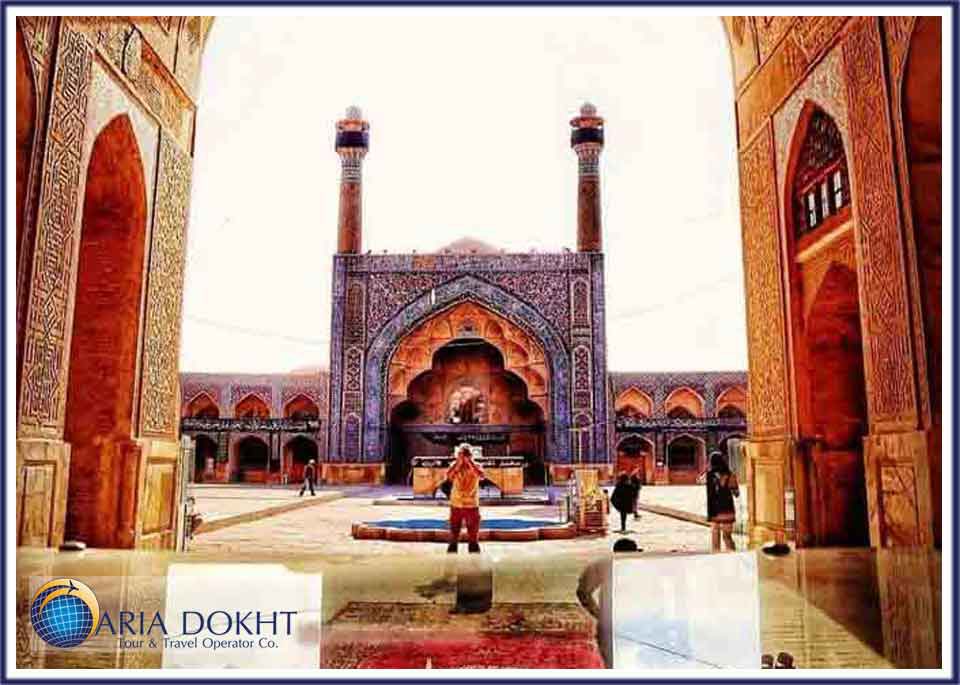 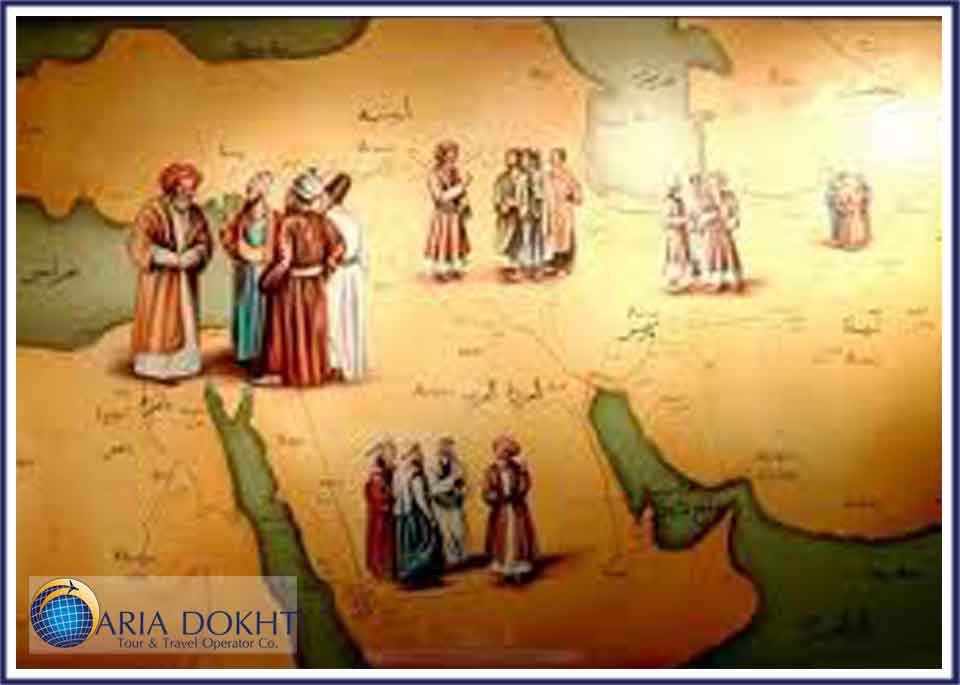 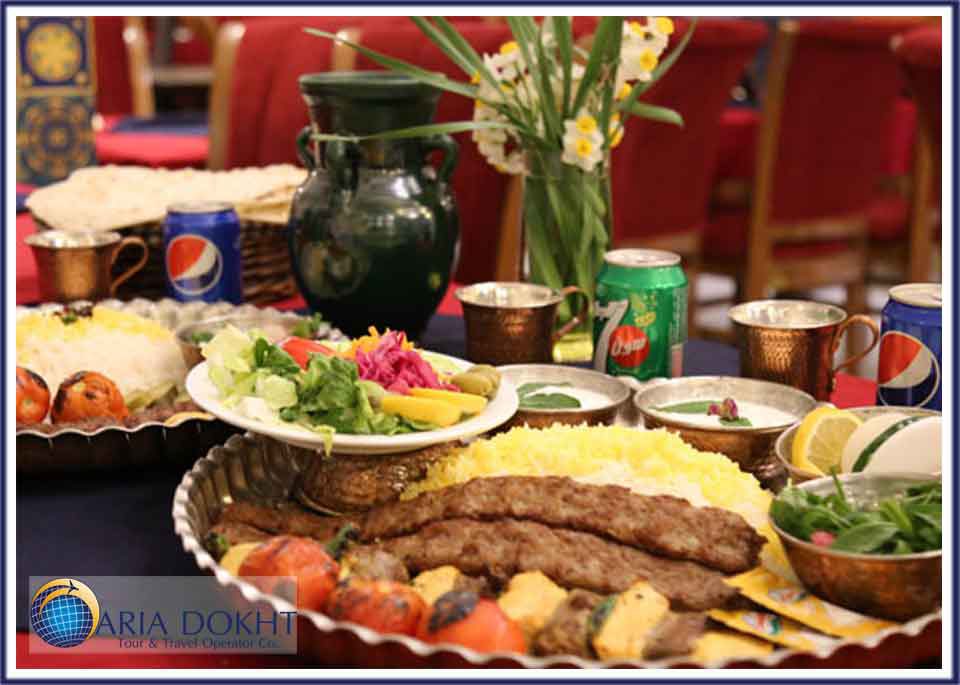 Kebab, The Most Delicious Iranian Food