Looking the ancient history, indicates that Persia was the largest and the most authentic empire in the world. The empire which is adorned with the grand name of the Persian Empire and is 2500 years old. The glorious Persian Empire was founded by Cyrus the Great about 26 centuries ago. History has witnessed such empire for six centuries B.C which was the largest empires in the world, extended from Balkans in Europe to Eastern India. Cyrus the Great named this empire “Persia” so that all the world would bow to the Persians. The great Imperial of Persia, also called the Achaemenid Empire, was the global hub of culture, religion, science, art and technology, for more than 200 years before the fall of Alexander invading armies
Cyrus the Great and the Persian Empire
The founders of the Persian Empire originally were groups of semi-nomadic tribes who settled in the Iranian plateau. Their main occupation was the cultivation of sheep, goats and cattle. Cyrus the Great, the leader of these tribes, won the wars against the Babylonians, Lydia and the Medes, took control of them. That was how he founded this Great Empire 2550 years ago. The first Persian Empire under Cyrus the Great kingship became the first superior kingdom in the world of that time, conquering the aforementioned regions, forming an alliance between the three great civilizations in the ancient world, namely Mesopotamia, Egypt and India and formed a great empire and named it Persia. 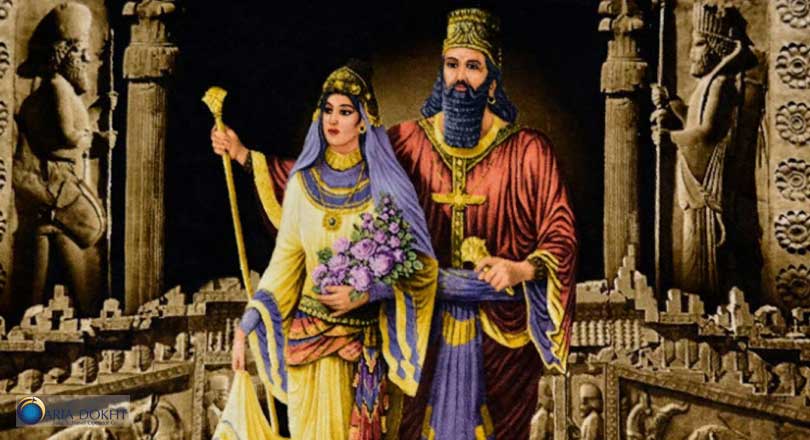 Persia and the Great kingdom of Darius
Darius the Great, the fourth king of the Achaemenid Empire, ruled the Persian Empire in its greatest time. The empire had extended from Caucasus and western Asia to Macedonia (the present Balkans). the Black sea, central Asia to Africa, including parts of Libya and Egypt. The official language of the great Persian Empire was established in the time of Darius the great. Darius was a Persian nobleman. The Empire of Persia had reached its peak under the reign of Darius the Great, from the Balkan Peninsula of Europe, in pasts of Bulgaria, Romania and Ukraine to the Indus River valley in northwest India and south to Egypt. The Iranians were the first people to establish regular links between the three continents of Africa Asia and Europe. They built many new monuments , roads and developed the world’s first postal service.
The Persian culture
The ancient Iranians of the Achaemenid Empire showed the world various forms of art including metalwork, stone inscription and traditional architecture. As the Pars Empire expanded, other art centers of early civilization developed a new way of influencing these sources. Ancient Iranian culture was to the extent that the earliest stone wall paintings were depicted by the Persians, depicting complex stone murals , riding scenes and battle victories. Persian culture was a rich culture in all arts. The origin of carpet weaving in Iran goes back to nomad tribes. Ancient Persians made great use of this art and hand weaved carpets, which were renowned for their meticulous design and bright colors. 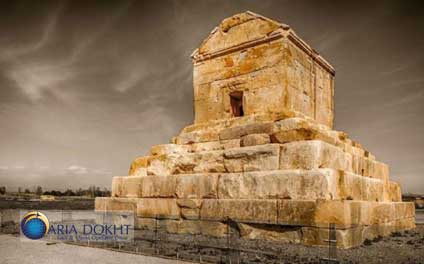 The religion of people in Persian Empire
Zoroastrianism was the only religion that embraced the whole of Persia from the beginning. Zoroastrianism is one of the oldest monotheistic religions in the world whose prophet’s name is Zoroaster. Today, there is still a minority religion in parts of Iran and India. Zoroaster, who probably lived between 500 to 1500 years B.C taught followers to worship one god rather than the many Idols worshiped by the earlier Indians and Iranian groups. 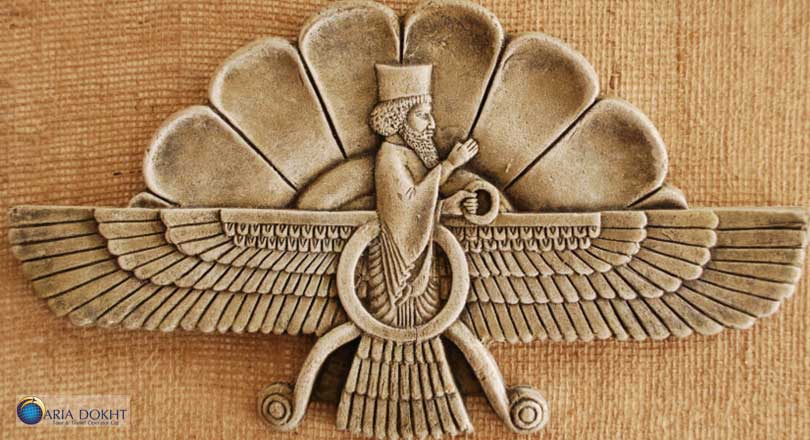 Difference between Iranians and Arabs
The Achaemenid kings were Zoroastrian devotees. According to most reports Cyrus the Great had widespread sovereignty, allowing his people to speak their own languages and practice their own rituals (read more). While he ruled according to the Zoroastrian law (Truth and Justice), he did not impose Zoroastrianism on the people of the conquered lands of Iran. The Hebrew Bible Praises Cyrus the Great of Persia for releasing the Jewish people (Babylon) from captivity and allowing them to return to Jerusalem. When the Iranians had all the civilization in humanity, the Arabs had no civilization, and with the introduction of Islam into their land, they gained a new status. The Arabs were the ones who buried their daughters alive, at a time when Cyrus the Great had placed a higher status for women. The Arabs originated from a primitive civilization that was a combination of Christian and Jewish teachings. Arabs have used the land of Iran in many ways, including Iranian architecture and culture.
The Iranian race and the Arabs differ in all respects because the Arabs achieved some of what they wanted when Islam entered their countries, even though all of these teachings were in the Persian Empire 2500 years before Islam.