One has always come into being with a curious temperament, looking at the new environment with great interest and striving to learn everything. Perhaps one of the reasons for changing lifestyles, traveling experiences, and becoming familiar with the culture and habits of other nations is this innate curiosity. There are a variety of reasons for traveling, including religion, business, travel, and pilgrimage, generally people go to unknown places to know or to teach something. In the travelogue, the author recounts what happened to him during the journey.
Here we refer to the most famous and important travelogues written about Iran.
Xenophon (430 BC)
The earliest discovered travelogues include Anabasis and Cyrus the Great, written by Xenophon , a Greek philosopher, historian and soldier, lived in 430 BC and was a student of Socrates. He later traveled to Ancient Iran (Pars) under the the Greek commanders and participated in the expedition of young Cyrus against his brother the Artaxerxes II. In Anabasis's seven-volume book, Xenophon describes Cyrus' failed campaign against his brother. This book focuses more on military issues and does not give the reader a very detailed knowledge of geographical, historical, and anthropological issues. Xenophon in Anabasis talks about the family dispute in the royal family of Iran, as well as the attention of a number of courtiers, especially the king's mother, to the young child. According to Xenophon, although there are some hypocritical people among the Iranians, there are also noble men whose prominent example is Cyrus the Young, and before him Cyrus the Great. Anabasis, as an exemplary document and a first-hand source, seems to merit much reflection and research in part of Achaemenid history, and since there is no other such, vibrant, dynamic image of Achaemenid Iran, it must be admitted that Xenophon is a very important source for understanding that era. 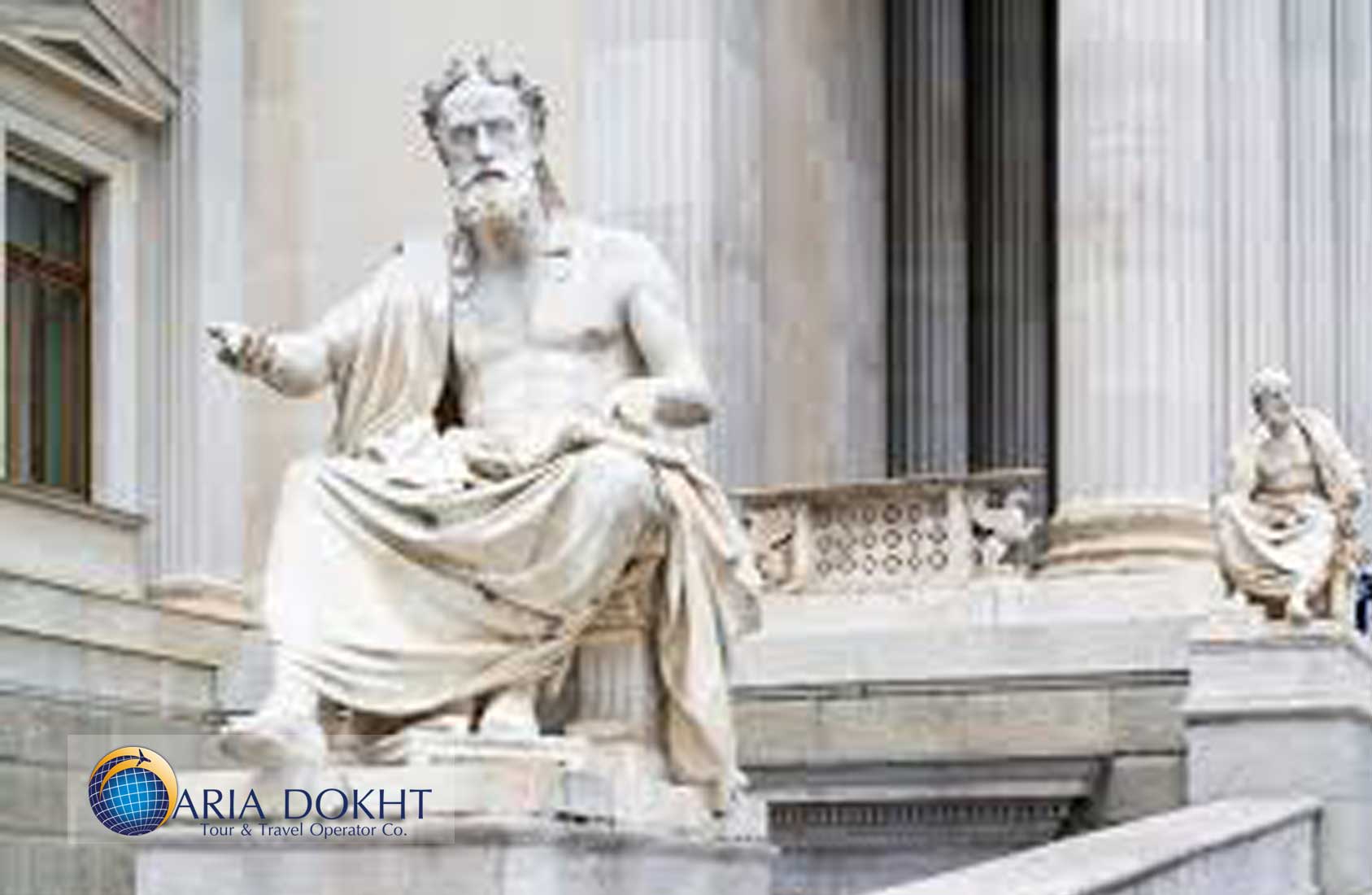 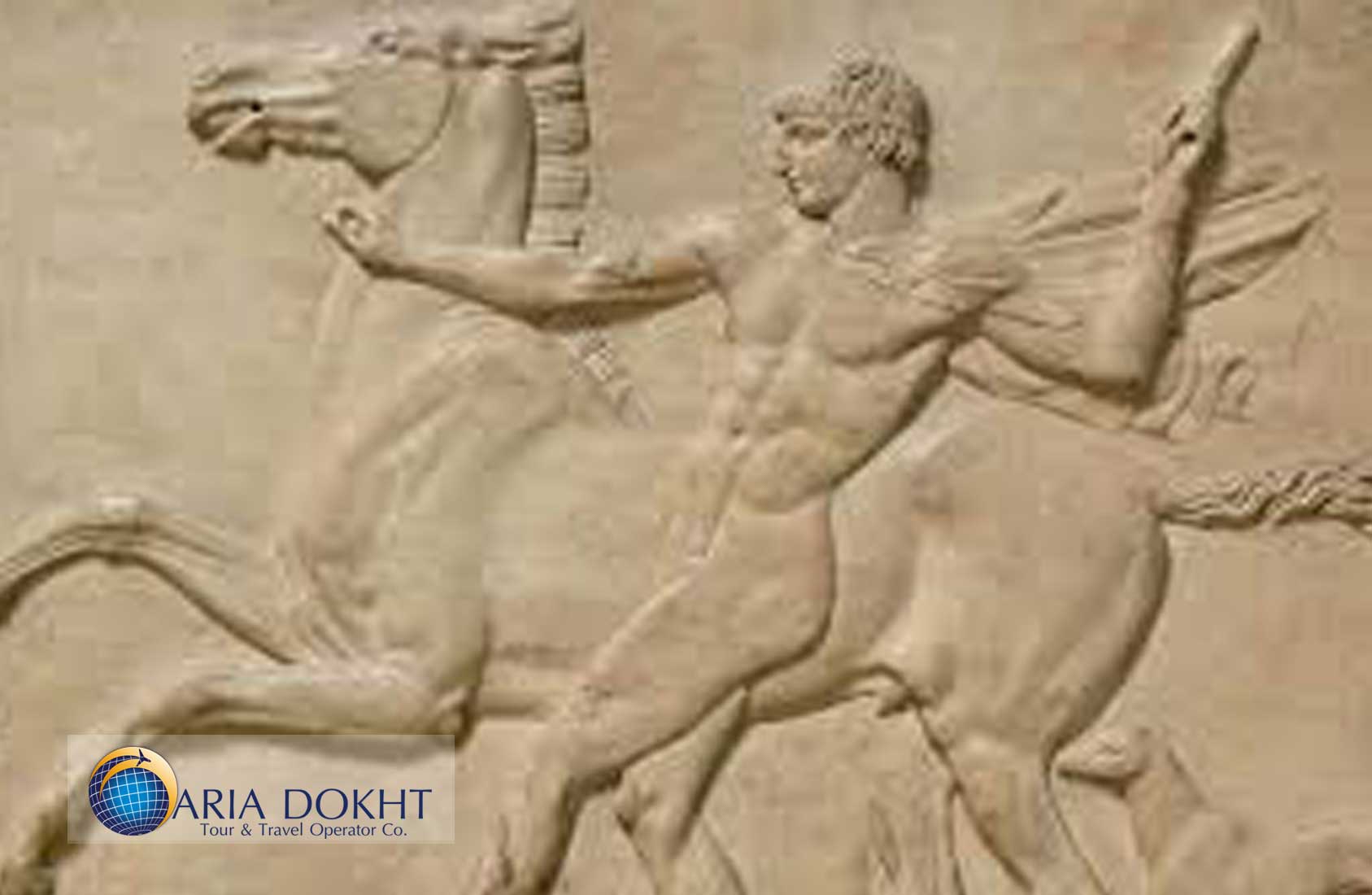 Nasir ibn Khusraw al-Qubadiani (1004-1088 A.D)
Nasir ibn Khusraw al-Qubadiani, a Persian philosopher and tourist, was born in Balkh, Khorasan in the year 1004, and began his seven-year journey from the city of Marv (present-day Khorasan) in 1046. His travelogue contains detailed information on the lifestyle and habits of people in different lands. This travelogue is one of the few travelogues that provides accurate information on how people live in the Arab world. Nasser Khusraw has tried to convey only the facts in this book without saying any extra and personal points, the result of which is that his book is widely accepted. His seven-year observations include only about 125 pages, which is a sign of the author's ability to use words correctly. Yet It gives the reader a lot of information. This book introduces the reader to the geography of cities, architecture, religious and social practices, administrative organizations, people's habits, scales, and even the question of Water supply methods the degree of its usefulness, will draw the reader through its simple prose. 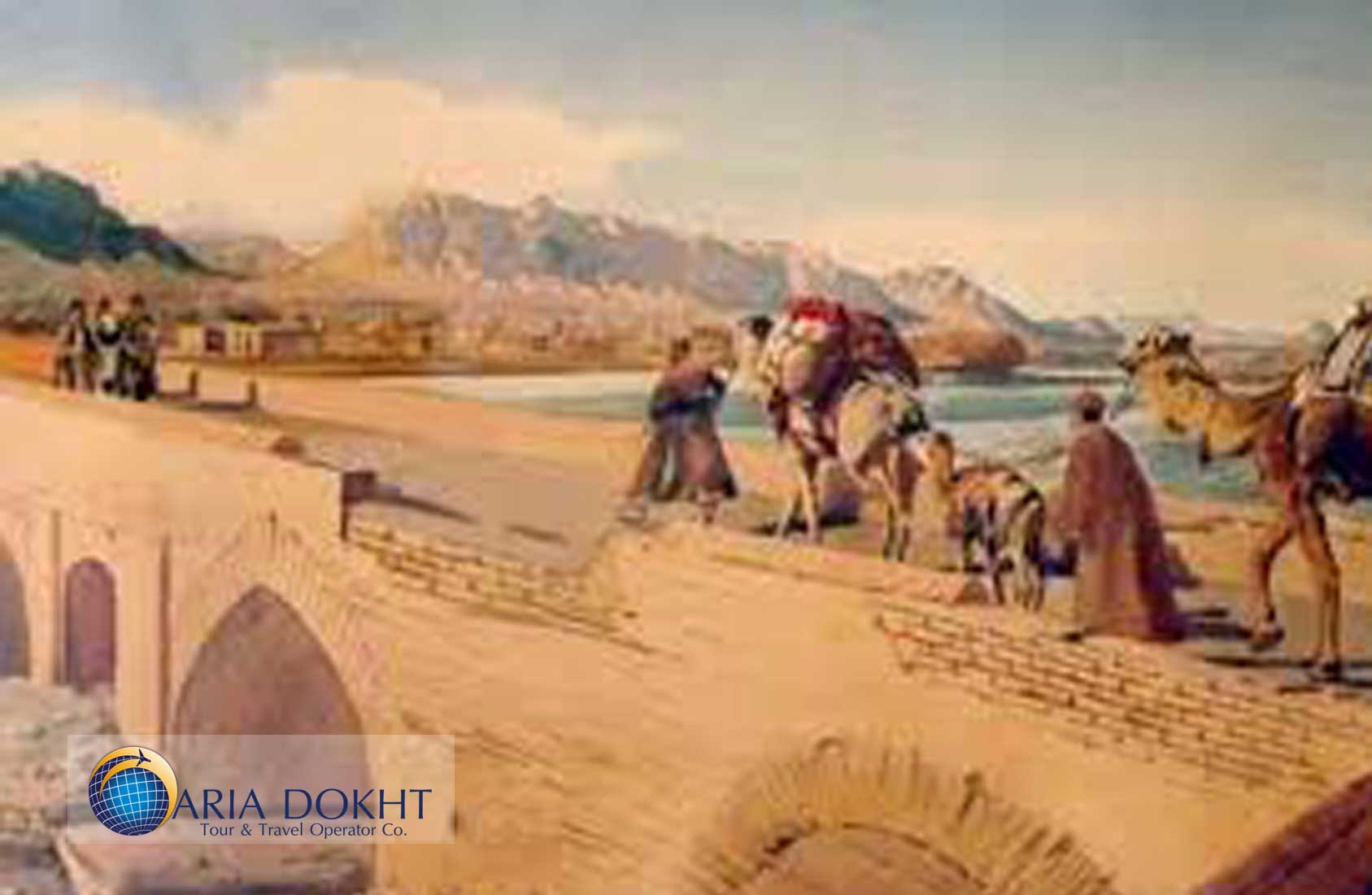 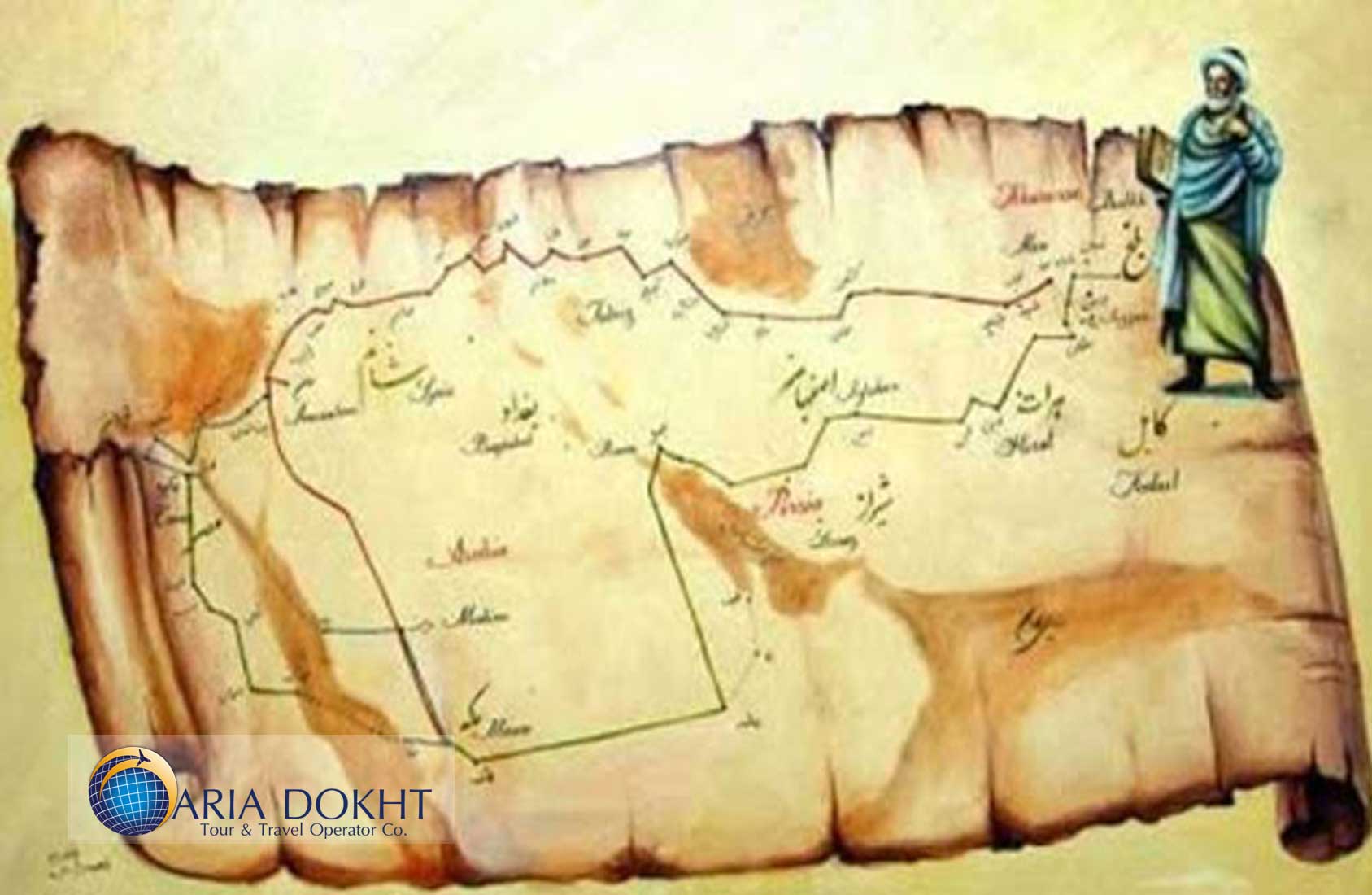 Marco Polo (1271 A.D)
One of the most famous and well-known travel writers is the Venetian Marco polo. He began his journey from Venice in 1271-1295 A.D and traveled the Silk Road . The first city in Iran he came to was Tabriz. Marco of Venice describes Tabriz as a city with a great opportunity to enter convoys from Baghdad, India, and Palestine for bargains due to its large and diverse Bazars . He described Tabriz as very advanced in terms of textile and silk weaving, and it appears from his writings that he had mesmerized by the beauty and quality of Tabriz silk textiles. He then went to Kerman and Yazd after Tabriz and saw the Qanats describing them the river which passes through the cave. Visiting Hormozgan, Marco polo describes the city as more beautiful than India and mentions the nobles who ride elephants to go from place to place in the city. 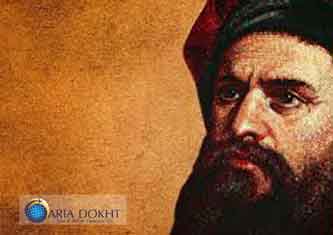 Ibn Battuta (1304 -1368 A.D)
Ibn Battuta's Travelogue is one of the most famous geographical research books. His journey began in 1325 and lasted for twenty-nine years. Over the years, he has visited most of Asian, African and European countries. Ibn Battuta has entered Persia 4 times. He was fascinated by the different traditions and ceremonies of Iranian cities, so that he detailed these mourning rituals and funerals in three different Iranian cities in his book. Ibn Battuta mentions Iranian hospitality in his travelogue, and is amazed at how Iranians provide colorful cuisines for their guests. He tells about Iranian delicious food in different cities of Iran and mentions Isfahan's fruits with so much interest, introducing strange melons that he has never seen anywhere else in the world. He is amazed at the way Iranian women dress and their active role in society, and describes Iranian women adorned with Islamic clothing, wearing jewelry and laces with different colors.
Pietro Della Valle (1586- 1652)
He was born into an aristocratic family in Rome. He studied literature for a while and learned Latin and Greek. He began his voyage on June 8th 1614 by Delphine ship from Venice heading for Constantinople and staying there for a year. He went to Palestine through the Sinai. After visiting Jerusalem, he traveled to Baghdad and visited the city of Hilla in order to see the effects of Babylonian civilization. After marriage, Pietro Della Valle moved to Isfahan via Hamedan and Golpayegan with his spouse and some of relatives by a convoys. He took part in the Iranian war against the Ottomans in Isfahan and called his friend the Iranian nation in his book. He went to the cities of Kashan and Qazvin and gives a detailed description of the ethnic diversities and clothing customs of the people and the culture of the Iranian people.
Ancient Iran is a lush green wonderland that immerses travelers in this beauty and diversity.