4 SEASONS AT A GLANCE

Traveling to brilliant Persia is a journey in time. It is as if the seasons are changing as you move from one city to another or crossing a mountain or a valley. Somewhere the desert reaches the sea and elsewhere the desert reaches the forest! may even experience sunshine, clouds, rain, and rainbow when crossing a road!
After visiting Iran, you can register in your travel diary: "In just 12 days, I experienced four seasons"! Both snow, lush forests, dry and scorching desert and wet sandy beach! !
So, to experience four seasons on a journey, accompany us from Anzali to the south of the Caspian Sea to Qeshm, the largest island of the Persian Gulf. From the arid desert of Maranjab to the Alborz mountains sunken under the snow!! Our journey begins from the capital of Iran; "Tehran"! we will start the second day of the trip by visiting Dizin Ski Resort. And until the end of the third day, we enjoy the scenery of one of the 40 top skiing resorts in the world. With the start of the fourth day, we will make our way to the banks of the Caspian Sea. Where the smell of jungle and moss is spread in the humid environment along with local food. The next morning, we will head to the Anzali Historical Port.
Although spending time in a humid and rainy weather is pleasant. However, prepare yourself to spend the next day on a warm land near the Persian Gulf waters. No more lush green forests, yet, Iran will display another glimpse of its own. Summer is here. On Qeshm Island; the Greatest Persian Gulf's Island.
But, is it possible to come to Iran and not seen the golden triangle? Isfahan, Yazd and Shiraz?! Visiting the capital of the Safavid Empire, The Isfahan, wandering through the adobe alleyways of the Yazd and, eventually, conquering the Achaemenid kingdom in Persepolis along with the sightseeing in the central desert of Iran. All and all are an album which will feature full-length photographs of Iran's climatic diversity.

On your pre-dawn arrival at IKA airport, you will meet our representative carrying our logo-show-card (transfer information) who will direct and transfer you to your hotel. Tehran, the capital of Iran, stands on the slopes of the Alborz Mountains, and is the most liberal and secular city in the country. Although it does not boast a millennial history as the other cities that you will visit during this trip. After a short rest, your tour begins with visiting the Golestan Palace, a masterpiece of the Qajar era, embodying the successful integration of early Persian crafts and architecture with western influences. Lunch will be in an exquisite traditional Iranian restaurant where you will taste a wide range of delightful Persian dishes and desserts. Afterwards, you will visit the National Museum to see Iran’s valuable archaeological collections. At the end of the day, you will get a chance to visit a world of jewels in the National Jewelry Museum, where one of the two greatest diamonds in the word, Darya-e-Noor (sea of light) is kept. Overnight in Tehran.

After breakfast, Transfer to Dizin. The Dizin is a northern part of Tehran located on the Alborz slopes. The largest Iranian ski resort, the international Dizin ski resort was established during 1960s. Dizin is the first ski and winter sport resort in Iran, which has been officially recognized and granted the title by the International Ski Federation for its capability in administrating official and international competitions. The ski season in Dizin lasts from December to May, due its high altitude. The highest ski lift reaches 3.600 m, making it one of the 40 highest ski resorts in the world. You will check in and enjoy skiing games for the rest 2 days. Overnight in Dizin.

Drive to Rasht. Today you will visit Masuleh, a village with unique architecture; the buildings that have been built into the mountain, are interconnected. Due to its unique layout, Masuleh does not allow any motor vehicles to enter. It is the only city in Iran with such a prohibition. Although, the small streets and many stairs simply would not make it possible for vehicles to enter. Overnight in Masuleh.

Your next destination is Anzali. You will have a stop at Rudkhan Castle, which belongs to the Sassanid era and later rebuilt during the Seljuk era by the Nizari Ismailis. It is located on Hyrcanian forests' highs in the beautiful Rudkhan Village in Fuman County. After lunch, you will go to Anzali Lagoon, a coastal lagoon in the Caspian Sea near Bandar-e Anzali, in the northern Iranian province of Gilan. It is known as a good place for bird watching. The lagoon flows into the sea near the mouth of the harbor in the form of tributary rivers. Overnight in Anzali.

Transfer to Rasht airport and fly to Bandar Abbas. Moving to Qeshm Island, which rises from the Persian Gulf near the Bandar Abbas, resembling a dolphin reaching out to the ocean. It is the largest island in the Persian Gulf, the most fascinating island in linguistic and cultural variety. Check in to hotel. You will start a city tour by visiting Star Valley. Star valley is one of the most spectacular natural sites in Qeshm Island. Continuing your trip to visit Laft Village. Laft village with its natural face is located 55 km from Qeshm. The architecture of this village is uniquely beautiful; the most highlighted symbol of this architecture is the wind catchers in different sizes that besides the local art from esthetic point of view, they portray the art of living in humidity and hot area. After lunch, you will visit Hara forest, dominated by the species Avicenna marina, which represent an important ecological resource. In addition, it has great atmosphere with very nice scenery and if you are lucky, you can see herons in this place. Overnight in Qeshm.

Transfer to Bandar Abbas. After visiting the port and having lunch, you will transfer to airport to take the Isfahan flight. Check in to hotel. Overnight in Isfahan.

Isfahan, the legendary city that never fails to enchant tourists is the pearl of traditional Islamic archeology. This city is revived by the works of contemporary artists. Isfahan prides itself in having fascinating historical garden palaces. Legend has it that the city was founded at the time of Tahmoures and because of its glories has been entitled “Half of the World”. Your full day tour includes visiting the famous Imam square (Naqsh-e-Jahan), one of the Iran’s UNESCO World Heritage site; its name literally means “pattern of the world”, and it was once a royal polo court and was the official city center during the 17th century during the Safavid era. With 512m long and 163m wide, it is the world’s second largest square after Tiananmen in Beijing. Visiting ChehelSotoun and the Armenian quarter and its churches, including the magnificent Vank Cathedral. Overnight in Isfahan.

Drive to the Mesr Desert with a stop at Nain city to visit some of the most outstanding monuments in all of Iran: the Jame Mosque, the Pre-Islamic Narenj castle, the Old Bazaar; Rigareh Qanat-based watermill. Arrival and overnight in an ancient caravanserai in the desert. The next day you will continue your way to Yazd, the oldest adobe city in the world which is surrounded by the 4000m summit of Shirkuh and two majestic deserts, Dasht-e-Kavir and Kavir-e-Lut. Today’s tour includes visiting the Fahadan Quarter, Amir Chakhmaq Complex, the Zoroastrian Fire Temple and Tower of Silence, where Zoroastrians leave the dead bodies to be eaten by vultures. Overnight in Yazd.

Drive to Shiraz. On the way you will have a few short stops in Pasargadae to visit the most important and majestic monuments there. The tomb of Cyrus the Great, great Achaemenid Emperor, (500 years BC) is the oldest historical tomb. The wonderful architecture of his tomb, the fertile land and the brave personality of Cyrus the Great will impress visitors. This was the worshipping place for the followers of several religions and still it is so. Arrive to Shiraz. Shiraz has a reputation as an enlightened city that has been at the center of Persian culture for More than 2,000 years and was at one time the country’s capital. This city of sophistication will never fail to conjure up images of roses and nightingales, gardens and poetry. In the following, you will visit the tombs of the two of most famous Persian poets Saadi and Hafez. Overnight in Shiraz.

After breakfast, you will start the day by visiting the splendid Vakil mosque, Vakil Bazaar with its unique architecture and interesting ethnic souvenir shops. You will continue your tour with visiting the Nasir-ol-Molk Mosque with its extensive colored glasses and Eram Garden. Transfer to Shiraz airport for departure. English speaking guide during the entire tour.
Send a request 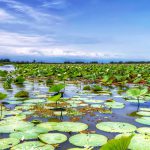 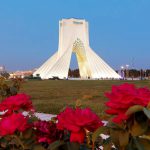 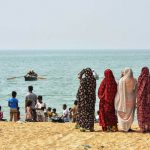 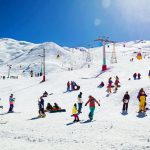 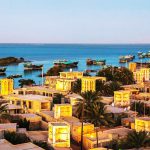 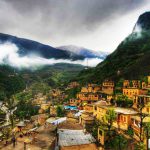 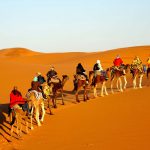 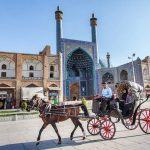 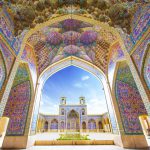 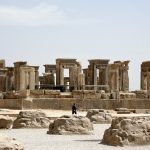