Arrival in Dubai and transfer to the hotel. Depending on the flight arrival time, accommodation in reserved rooms (usually rooms are assigned after 2 pm). Free dinner and overnight.

Let's go to the discovery of this unique and spectacular metropolis. Our itinerary begins with a wonderful view of Dubai Creek, crossing the historic district, with its enchanting fortified houses built by merchants. We will then move to the ancient fort of Al Fahidi, where the Dubai Museum preserves precious archives and memories of the city's past, in addition to the chronicle of the phases of its development. Not far away we embark on an Abra, the traditional wooden boat, to cross the Creek and go to visit the Spice Souk and the Gold Souk. We will then have the opportunity to stop for a photo near the Jumeirah mosque. After lunch in the restaurant we continue with the visits in the modern part of the city going up the tallest building in the world, 'Burj Khalifa', we begin the vertical ascent with the high-speed elevator, rising to 10 meters per second. When the doors open, the floor-to-ceiling glass walls offer a 360-degree view of the city, from the desert to the ocean. We continue to Dubai Marina and later Palm Jumeirah, an island created by man who has become a powerful symbol of the emirate. We will stop for a photo at the extra-luxurious Atlantis The Palm hotel and near the famous Burj Al Arab, designed to look like a 321-meter-high sail, which dominates the Dubai Jumeirah skyline. In the evening a new point of view awaits us on Dubai: we climb on a traditional wooden Dhow vessel, decorated in a mix of Arabian flavor and modern lighting. Sailing in the peaceful Dubai Marina, we admire the spectacle of the illuminated skyline. The sparkling reflections, the sumptuous buffet dinner and the most incredible view of the city will make this an unforgettable experience.

We have the morning free to visit the city independently. We can dedicate ourselves to shopping in one of the incredible shopping centers, such as the "Dubai Mall" which, with its over 1,200 stores and a range of attractions worldwide, is revolutionizing the modern shopping experience. We can even ski on an authentic equipped runway in Mall of the Emirates. Lunch is free and Dubai boasts one of the most varied gastronomic offerings in the world, for all tastes and prices. In the afternoon we go to the discovery of another fascinating aspect of the United Arab Emirates: the Desert. We leave for a safari in 4x4 vehicles towards the golden sand dunes. Arrived on the desert we stop on the highest dune to admire the sunset, then continue the adventure on the dunes until you get to our authentic Bedouin campsite right in the heart of the desert. Before dinner we have time to relax, walk on camels, get our hands decorated with henna, try on local clothes and enjoy the local Hubbly Bubbly (water pipe). Drinks, water, tea or coffee will be offered. As night falls, a delicious buffet dinner is served under the stars, while the atmosphere is made even more magical by the enchantment of Arabian music and the dancing of a charming belly dancer.

Today early morning, based on the flight time we transfer to the airport to leave for Tehran. Tehran is a modern megalopolis, prides itself in having unique museums with immense and unrivaled collections and artifacts dating from the earliest onset of history to the present era. We will visit, National jewelry museum and Golestan palace during our full day. In the afternoon, we will have shopping walk in the traditional bazar of Tehran. Overnight in Tehran

Isfahan’s Jame’ mosque displays several centuries of historical Islamic evolution. This mosque is a gallery of Islamic architecture in which the progress of architecture from the outset of Islam till recent times is evident. Then we will visit Vank Cathedral which is one of the most beautiful Armenian cathedrals in the world and will undoubtedly capture the attention of every Christian. Our day will conclude with a visit to Menar Jonban, the tomb of a Sufi with its shaking minarets and some historical bridges. Evening is free at leisure.

Day 9: DRIVE TO SHIRAZ, VIA PASARGADAE AND AN EXCURSION TO PERSEPOLIS AND NECROPOLIS, O/N SHIRAZ 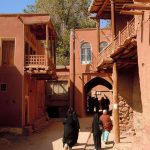 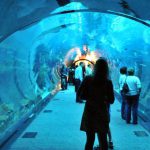 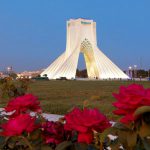 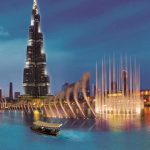 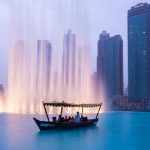 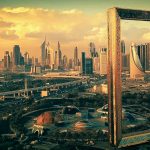 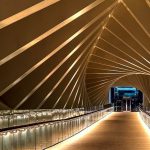 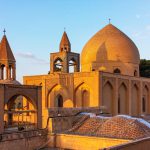 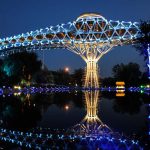 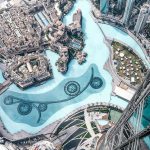