Warning: "continue" targeting switch is equivalent to "break". Did you mean to use "continue 2"? in /home/nrpfoo37/domains/atto-co.com/public_html/wp-content/plugins/revslider/includes/operations.class.php on line 2715

Warning: "continue" targeting switch is equivalent to "break". Did you mean to use "continue 2"? in /home/nrpfoo37/domains/atto-co.com/public_html/wp-content/plugins/revslider/includes/operations.class.php on line 2719

Day 1: DEPARTURE FROM YOUR COUNTRY TO ISTANBUL

The Turkey Tour starts with departure from your country by scheduled flight. After arrival at the Istanbul airport, reception at the airport and transfer to the hotel. Finally, accommodation in rooms with dinner and overnight.

After breakfast, the Turkey Tour includes a day dedicated to visiting the monuments and places located in the sultanahmet area.

First of all, visit of the Byzantine Hippodrome where the chariot races were held. Then we will visit the Blue Mosque, a masterpiece of Islamic architecture with minarets and a dome decorated with blue majolica.

Then we will visit the Topkapi Palace, the former residence of the Ottoman sultans. Today it has been transformed into a museum that preserves in its rooms collections and jewels of inestimable value (the section of the Harem is optional to be paid on the spot). Later, visit of Sophia, built by the will of Emperor Justinian in AD 532. In fact, the emperor brought all kinds of materials from the Empire and called the best craftsmen to build what was already recognized as the symbol of Christianity. Subsequently Hagia Sophia became the seat of the Greek-Byzantine Patriarch until the conquest of the city by the Ottomans occurred in 1453 which transformed the church into a mosque. Later, in 1935, the founder of the Republic of Turkey, Mustafa Kemal Ataturk, transformed the mosque into a museum. Here we will observe the majesty of the Church. In fact, the church remains one of the greatest examples of Byzantine architecture, decorated with beautiful mosaics and grandiose domes.

At the end of the visits, the Turkey Group Tour reaches the Grand Bazaar, built in 1461 by Mehmet the conqueror. The grand Bazaar is still today considered the largest covered market in the world. In fact it will be interesting to immerse yourself in this atmosphere, a city in the city where, as tradition dictates, every street houses a guild. Here trades have animated the innumerable alleys and passages under the spectacular illuminated vaults for centuries.

Finally, those who wish, can add an optional two-hour cruise on the Bosphorus to the Turkey Tour. We will have the opportunity to observe the European and Asian side of this magical city from the point of view of the water and observing the sun setting on the Golden Horn. At the end of the visits the Turkey Tour returns to the hotel where we will have dinner and overnight stay in full board. Based on the flight time we transfer to the airport to leave for Tehran.

Tehran is a modern megalopolis, prides itself in having unique museums with immense and unrivaled collections and artifacts dating from the earliest onset of history to the present era. We will visit, National jewelry museum and Golestan palace during our full day. In the afternoon, we will have shopping walk in the traditional bazar of Tehran. Overnight in Tehran.

Today early morning we will drive to Isfahan. Isfahan the legendary city which never fails to enchant its visitors is the pearl of traditional Islamic archeology. This city is revived by the works of contemporary artists. Isfahan prides itself in having fascinating historical garden palaces. Legend has it that the city was founded at the time of Tahmoures and because of its glories has been entitled “Half the World”. Our full day tour includes the famed Imam square (Naqsh-e-Jahan), a huge square Second in the world to beijing’s Tiananmen Square. Tour the architectural marvels of Sheikh Lotfollah and Imam Mosques, Aliqapu Palace, Chehel Sutun and Hasht Behesht Palaces, and also visit one of the most famous Bazaars in Iran, where we can purchase the Arts & crafts for which Isfahan is so well renowned.

Isfahan’s Jame’ mosque displays several centuries of historical Islamic evolution. This mosque is a gallery of Islamic architecture in which the progress of architecture from the outset of Islam till recent times is evident. Then we will visit Vank Cathedral which is one of the most beautiful Armenian cathedrals in the world and will undoubtedly capture the attention of every Christian. Our day will conclude with a visit to Menar Jonban, the tomb of a Sufi with its shaking minarets and some historical bridges like Khajou and Sio-se-pol bridges. Evening is free at leisure.

Day 9: Drive to Shiraz, via Pasargadae and an excursion to Persepolis and Necropolis, O/N SHIRAZ

Shiraz has a reputation as an enlightened city that has been at the center of Persian culture for More than 2,000 years, and was at one time the country’s capital. Shiraz is crowned as the heartland of Persian culture and this city of sophistication will never fail to conjure up images of roses and nightingales, gardens and poetry. Early in the morning, relish in the highlights of Shiraz when it was the capital of Iran during the Zandi Dynasty. Be inspired by The glorious Karim Khan Palace, the splendid Vakil Mosque, Vakil Bazaar and Saray-e-moshir with Its splendid architecture and interesting ethnic souvenir shops, and the Nasir Al molk Mosque. Next, we will stop for a mouth-watering Iranian lunch at one of the traditional restaurants of Shiraz. This gorgeous city is home to famous poets such as Hafez and Sa’adi and historical sites from different eras stretching back 6,000 years ago can be found. Hafez is one of the great poets who impressed everyone with his mastery. His poems give us a special feeling and the peace in his tomb is really outstanding. Sa’adi is a poet, philosopher and mystic who is known as the father of tourism. About seven previous centuries he travelled to different countries and cities. Then he collected all his experiences in verse and rhyme prose in two books named Boustan and Golestan. These two books give you lots of inspiration and information. We will get a chance to Pay homage at the tombs of these great poets.

In the evening, we will visit Ali-Ebn-e-Hamzeh and be prepared to marvel at its beauties. We will Take a stroll through the Jahan Nama Garden and witness its tall and proud cedars. Finally we will visit the Delgosha Garden and Khajoy-e-Kermani tomb from where the perspective of the mysterious city of Shiraz will remain in our mind. At night we will be transferred from Shiraz to Tehran and then to take a rest in IBIS Hotel (near IKA airport). Based on the flight time we transfer to the airport to leave for Beijing.

Day 12: DEPARTURE FROM TEHRAN TO BEIJING

Arrival in Beijing. After entry formalities and baggage collection, meeting with the local guide. Visit to the Temple of Heaven. Transfer to Hotel. Accommodation in reserved rooms. Dinner with an international buffet and overnight at the hotel.

Day dedicated to the visit of Beijing: the Tian An Men Square, the Forbidden City with its 500 years of history, 720.000 square meters of buildings with over 9000 rooms, a succession of residences, gardens and pavilions. The Summer Palace 15 km. from the city center, it has been an imperial summer residence since 1135. Several times destroyed, it was rebuilt the last time in 1880 at the behest of the empress widower Ci Xi. In the evening transfer to a typical restaurant for a banquet dinner, among the many dishes, will be served the renowned "Lacquered duck". Overnight at the hotel.

Day dedicated to an excursion around Beijing. Visit the Tombs of the Ming and the Via Sacra. In the afternoon continue with a visit to the Great Wall in Badaling. Dinner with an international buffet and overnight at the hotel.

Transfer to the airport and departure by scheduled flight to Hangzhou. Snack on board. Upon arrival, transfer and accommodation at Hotel. Free time and overnight

Day dedicated to the visit of Hangzhou, considered as one of the most beautiful cities in China. We will visit: the Pagoda of the Six Harmonies and the Ling Yin Temple. Boat trip on Lake Xihu, stop in an old village nearby to watch tea. Dinner with an international buffet and overnight at the hotel.

After breakfast departure by train to Shanghai. Visit the Historical-Archaeological Museum and the Bund, the city's famous shopping center full of 30s-style buildings overlooking the Huang Pu River with an exceptional view of Pudong: the futuristic TV tower and skyscrapers designed by the most famous architects of the world. Walk along the famous Nanjing Street commercial artery and partly pedestrianized island. Accommodation at Hotel. Dinner with an international buffet and overnight at the hotel.

Day dedicated to visiting the city: the Longhua Pagoda, the Jade Buddha Temple, and the Old Town with countless small shops and the Yu Mandarin Garden. Dinner with international buffet at the hotel. Transfer to the airport and departure after midnight. Overnight at the hotel.

Early morning transfer to airport take Flight back to home.

Temple of Heaven, Tian An Men Square, the Ming and the Via Sacraand the Great Wall.

Transfers, visits and entries as indicated in the program 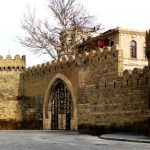 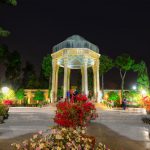 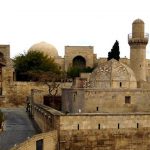 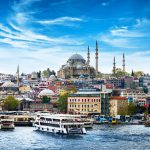 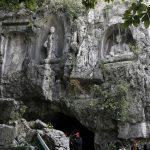 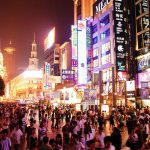 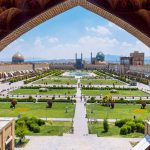 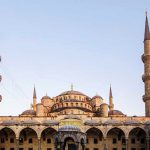 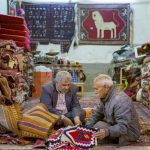