Geographical and cultural diversities, have led to formation of treasures that cannot be found anywhere else but Iran. If you ask travelers who have seen Iran, they will advise you to not leave this country without seeing the three cities of Isfahan, Yazd and Shiraz. Three cities which have many hidden treasures concealed in each corner.
The journey to divulging these treasures begins from Shiraz. Somewhere near Persepolis, the throne of the Achaemenid Empire and the city of poetry and mesmerizing gardens. The city where the tomb of Hafez and Saadi, two of the most famous Iranian poets are there, as well as at the Vakil Grand complex including the bazaar,mosque and bath.
The next destination is Yazd. the city which is famous for its brick structures and also for the coexistence of Muslims and Zoroastrians. In Yazd, in addition to seeing the great Amir Chakhmaq Square and prowling through the alleyways of the old Fahadan district, we will visit the Jameh mosque, which is a manifestation of the life of the Muslims in this city. Next to the silence tower and the fire temple that reminds Zoroastrians presence in this city.
Isfahan, the Safavid capital, and the destination of many travelers from the 16th century, with hidden treasures of tiles and colorful bricks,Isfahan is our third destination for this trip. In this big city, we will see the Naqsh-e Jahan Square, which is consist of several buildings, including the Imam mosque, Sheikh Lotfollah Mosque, Ali- Qapu palace, and Qaysirya Market Hall. We will also visit the ChehelSotoun palace, next we will go to the Vank, the Armenian cathedral.
After seeing all this beauty, many treasures still remain to be explored. "Iranian House" is one of the unique buildings that can be found in Kashan. There is also a beautiful and magnificent example of the Persian Garden, the Finn Garden.
Visiting the National Museum of Iran in Tehran is a pleasing endeavor for this grand excursion, a summary of Iran's history can be seen there. Also, visiting the Saadabad Palace, the resident of Pahlavi Kings, the last Iranian royal dynasty, will be our final destination.

Arrival at Shiraz SYZ airport in the early morning, meet and transfer to hotel for check in and rest. After breakfast, embark on an exciting city tour of Shiraz, the city of roses, poets and nightingales. We will visit the beautiful Nasir-al-Molk Mosque; every morning, this stunning mosque is illuminated with all the colors of the rainbow through its glasses. Then we will visit the Karim Khan Fortress and the Vakil Complex which comprises the Vakil Mosque, the Traditional Bazaar and Bath. After lunch, we have the opportunity to visit the Hafezieh and Sa’dieh, the tombs of two famous Iranian poets, the Eram Garden, the Narenjestan-e-Qavam mansion which literally means the Qavam's Orange Garden, and is one of the historical buildings of Shiraz belonged to the Qajar era. Overnight in Shiraz.

In our second day in Shiraz we will enjoy an excursion to Persepolis, UNESCO World Heritage, that was the ceremonial capital of the Persian Empire during Achemaenid era. After lunch, visit Naqsh-e-Rostam, the rock cut tombs of the Achaemenid royals. We will return to Shiraz and visit the Quran Gate and the Shah Cheraq Shrine, the Ahmad Ibn Mosa-Al Kazem Mausoleum, the older brother of Imam Reza. Overnight in Shiraz.

Approximately 1.5 hours drive to the second UNESCO heritage site; Pasargadae, the ancient capital of Cyrus the Great. There, we will visit the Tomb of Cyrus the Great and remains of Achaemenid palaces and edifices. After lunch, drive for 2 hours along desert road to Abarkuh to see the legendary 4000 years-old Cypress Tree. Continue driving the road along the desert to the city of Yazd. Overnight in Yazd.

Situated in the central high desert plateau of Iran, Yazd has a history since 3000 B.C., It is recognized by UNESCO for holding one of the oldest architecture in the world. It is also the center of Zoroastrian culture. We will begin our tour by visiting the Tower of Silence where corpse of dead were placed to slowly disintegrate or picked apart by desert vultures. This burial tradition had been since 3000 years until 40 years ago. Proceed to Yazd and visit the Amir Chakhmaq Complex, the Dowlat Abad Garden, the Zoroastrian Fire Temple. After lunch, we will depart for Isfahan. Arrival and overnight in Isfahan.

Our full day tour of Isfahan begins with another of Iran’s UNESCO World Heritage site, Naqsh-e Jahan Square that literally means “Pattern of the World”, the square was once a royal polo court and was the official city center during the Safavid era. At 512m long and 163m wide, it is the world’s second largest square after Tiananmen in Beijing. We continue by visiting the Imam Mosque, Sheikh Lotfollah Mosque, the Aliqapu Palace; where the Safavid Kings used to watch the polo games and ceremonies from there. We will walk through the Traditional Coppersmith and Goldsmith Bazaar. After lunch, we will go to the Chehel Sotun or "Forty Columns" Palace. At night we have the opportunity to walk on the two historical bridges: Si-o-se Pole and Khaju. Overnight in Isfahan.

Another great day to explore Isfahan Proceed to Jolfa, the Armenian and Christian quarter of Isfahan and visit the Vank Cathedral, one of the earliest church in Iran. After lunch, we will visit the Jameh Mosque, the Hasht Behesht or “Eight Paradise” Palace. Free time in evening to shop in the local Bazaar. Overnight in Isfahan.

Depart for Kashan: visiting the Fin Garden, a beautiful sample of Iranian historical gardens, the historical Broujerdi and Tabatabaei Houses, which are genuine samples of Iranian traditional desert architecture. After lunch, drive approximately 3 hours to the Capital.

Our first day in Tehran will start with visit the Golestan Palace, a masterpiece of the Qajar era, embodying the successful integration of earlier Persian crafts and architecture with western influences. Then we will visit the National Museum to see Iran’s valuable archaeological collections, the National Jewelry Museum, which is housed within the Central Bank of the Islamic Republic of Iran, to see the most dazzling collection of gemstones and jewelry of the royals that are known in the world. At the end of the day we will go to the Milad Tower where you can have a panoramic view of the city. Overnight in Tehran.

After breakfast, we will visit the Sa’adabad Palace, which was built during the Pahlavi era in the northern part of Tehran. After lunch, visit the Tajrish Square with some free time to shop in the Local Bazaar . At the end of the day we will transfer to the IKA airport to fly back to home.


For more information about the above tour please either fill out the following table or chat with our expert via the online chat box at the bottom of the page. 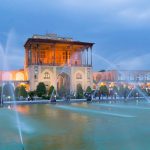 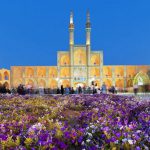 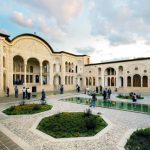 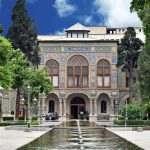 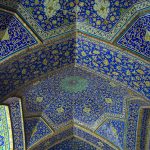 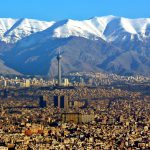 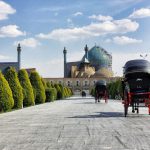 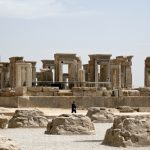 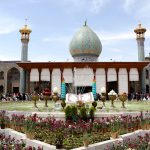 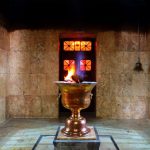