The tour starts with departure from your country by scheduled flight. After arrival at the Istanbul airport, reception at the airport and transfer to the hotel. Finally, accommodation in rooms with dinner and overnight

Today is entirely dedicated to the visit of Istanbul, a city located on the shores of the Golden Horn. The city was the capital of the Eastern Roman Empire in the 4th century AD. Later the city became the symbol of Byzantine power before it became the capital of the Ottoman Empire. Here we will visit the Church of San Salvatore in Chora, one of the most important examples of Byzantine architecture. In fact we will have the opportunity to visit the church interiors elegantly decorated with golden mosaics and magnificent Byzantine frescoes. After that, we will go on to Eyup, the sacred district for Muslims. We approach the Bosphorus to visit the New Mosque (Yeni Camii) and the fascinating Spice Bazaar, also known as the Egyptian Bazaar. Finally, at the end of the visits, the Turkey group tour returns to the hotel where we will have dinner and accommodation.n in rooms with dinner and overnight

After breakfast, the Turkey Tour includes a day dedicated to visiting the monuments and places located in the sultanahmet area.

First of all, visit of the Byzantine Hippodrome where the chariot races were held. Then we will visit the Blue Mosque, a masterpiece of Islamic architecture with minarets and a dome decorated with blue majolica.

Then we will visit the Topkapi Palace, the former residence of the Ottoman sultans. Today it has been transformed into a museum that preserves in its rooms collections and jewels of inestimable value (the section of the Harem is optional to be paid on the spot). Later, visit of Sophia, built by the will of Emperor Justinian in AD 532. In fact, the emperor brought all kinds of materials from the Empire and called the best craftsmen to build what was already recognized as the symbol of Christianity. Subsequently Agia Sophia became the seat of the Greek-Byzantine Patriarch until the conquest of the city by the Ottomans occurred in 1453 which transformed the church into a mosque. Later, in 1935, the founder of the Republic of Turkey, Mustafa Kemal Ataturk, transformed the mosque into a museum. Here we will observe the majesty of the Church. In fact, the church remains one of the greatest examples of Byzantine architecture, decorated with beautiful mosaics and grandiose domes.

At the end of the visits, the Turkey Group Tour reaches the Grand Bazaar, built in 1461 by Mehmet the conqueror. The grand Bazaar is still today considered the largest covered market in the world. In fact it will be interesting to immerse yourself in this atmosphere, a city in the city where, as tradition dictates, every street houses a guild. Here trades have animated the innumerable alleys and passages under the spectacular illuminated vaults for centuries.

Finally, those who wish, can add an optional two-hour cruise on the Bosphorus to the Turkey Tour. We will have the opportunity to observe the European and Asian side of this magical city from the point of view of the water and observing the sun setting on the Golden Horn. At the end of the visits the Turkey Tour returns to the hotel where we will have dinner and overnight stay in full board. Based on the flight time we transfer to the airport to leave for Tehran.

Today early morning, based on the flight time we transfer to the airport to leave for Tehran. Tehran is a modern megalopolis, prides itself in having unique museums with immense and unrivaled collections and artifacts dating from the earliest onset of history to the present era. We will visit, National jewelry museum and Golestan palace during our full day. In the afternoon, we will have shopping walk in the traditional bazar of Tehran. Overnight in Tehran.

Isfahan’s Jame’ mosque displays several centuries of historical Islamic evolution. This mosque is a gallery of Islamic architecture in which the progress of architecture from the outset of Islam till recent times is evident. Then we will visit Vank Cathedral which is one of the most beautiful Armenian cathedrals in the world and will undoubtedly capture the attention of every Christian. Our day will conclude with a visit to Menar Jonban, the tomb of a Sufi with its shaking minarets and some historical bridges. Evening is free at leisure. ISFAHAN

Today’s tour includes visiting Dakhmeh (tower of silence, where Zoroastrians leave the dead to be eaten by vultures). We will see Zoroastrian fire temple which come under three categories In terms of importance: we will also visit the marvelous Water Museum, Jame’ mosque and Doulat Abad Garden.re temples and the holy sites of different religions astonish every visitor.

Day 9: DRIVE TO SHIRAZ, VIA PASARGADAE AND AN EXCURSION TO PERSEPOLIS AND NECROPOLIS, O/N SHIRAZ 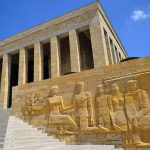 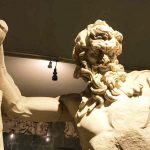 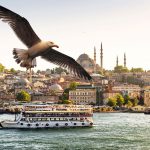 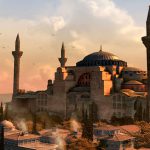 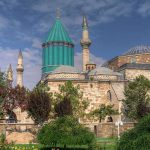 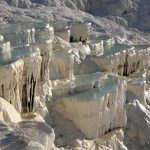 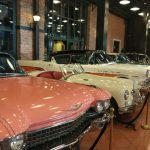 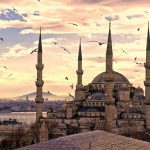 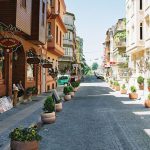