From the prehistoric days until now, Iran has seen various dynasties of governance. Governments that have chosen different capitals depending on political, cultural, natural or even commercial circumstances. That is why most cities in Iran have glorious historical masterpieces in their chests; because once upon a time they were the capital of the great country of Iran. So if you are interested in visiting the major capitals of Iranian history from the prehistoric period till now come along with us. this tour will be starting with the present day, step by step we will travel into time until we reach the capital of the Elamite civilization in the millennia BC.
Our journey begins with the current capital of Iran. "Tehran", a city that was designated as the capital of the Qajar government in 1794, and has remained so. In Tehran we will see the National Museum of Iran in order to get acquainted with the Persian history and civilization. On the eve of the first day, we will visit the treasury of the royal jewelry of Iran to see the precious and luxurious heritage of the kings of Iran from close.
Tehran also houses the palaces of the kings of the Pahlavi era. The rule that governed the city from 1925 to 1979. "Saadabad Palace" and "Niavaran palace", which were the last residence of the last king of Iran in northern Tehran will also welcome you on the second day of the trip.
Our next destination is Esfahan. But before reaching Isfahan, we will visit Kashan, known for its historical houses, and then will move to the capital of the Safavid Empire. Although the Safavid had other capitals, including "Tabriz" and "Qazvin" , their most magnificent period of governance was in Isfahan from 1598 to 1736. The same period in which the glorious buildings, including the Naqsh-e Jahan Square, the ChehelSotoun Mansion and the Hasht Behesht Palace were built.
Now it's time to spin a bit from the cities and go through the desert. After the sensational walk on the Mesr Desert sand, we will move towards the next city. Yazd, and its historical buildings are waiting to host us.we will start our tour by visiting the Jameh mosque of Yazd, and the Dowlat Abad Garden. We will also see the effects of Zoroastrian life in Iran, including the "fire temple" and Dakhmeh, or the "tower of silence ". With the start of the ninth day, we will leave Yazd to Shiraz. The land that every tourist expects to see. Persepolis, the heritage of the Achaemenid's, a dynasty that ruled this area from 550 BC. Of course, what we see in Shiraz is not limited to Persepolis.we will also visit the tomb of Hafez as well as Nasir al-Molk Mosque which are related to Islamic period in this city.
But more and more, we will travel to the heart of history. During the rule of Elam, which ruled from the year 2700 BC in the Khuzestan region. In this ancient land, in addition to the world heritage of "Chogha Zanbil ziggurat" or the Inshushinak temple, we will see two other world heritage sites, including the ancient city of Susa, as well as Shushtar Historical Hydraulic System.
Our journey to the heart of history ends here. But do not worry! When we return to Tehran, we will be back in the present time.

On your pre-dawn arrival at IKA airport, you will be met by our representative carrying our logo-show-card (transfer information) who will direct and transfer you to your hotel. your tour begins with a trip to the Archeological Museum, one of the rare places in the world where we have the special opportunity to visit and experience the “evolution of mankind” through the marvelous display of historical relics. Next on the agenda is your very much-awaited chance to savor the distinctive flavor of Iranian cuisine. Lunch will be in an exquisite traditional Iranian restaurant where we will sample a wide range of delightful Persian dishes and desserts. Afterwards, you will visit a world of jewels in the National Jewelry Museum, one of which includes one of the two greatest diamonds in the word, Darya-e-Noor (sea of light). Overnight in Tehran.

Leaving for Isfahan. you will have a stop in Kashan to visit Tabatabaei House, Borujerdi House and Fin Garden. Continue your trip to Isfahan; the pearl of traditional Islamic archeology which never fails to enchant its visitors. At the end of the day you will visit Si-o-se Pol Bridge and Khaju Bridge. Overnight in Isfahan.

Isfahan prides itself in having fascinating historical garden palaces. Legend has it that the city was founded at the time of Tahmoures and because of its glories has been entitled “Half the World”.Your full day tour includes visiting the famous Naqsh-e Jahan Square, the second huge square in the world after Beijing’s Tiananmen Square. Sheikh Lotfollah and Imam Mosques, Aliqapu Palace, Chehel Sotun and Hasht Behesht Palaces, and also one of the most famous bazaars in Iran, where you can purchase the arts & crafts for which Isfahan is so well-renowned.

You will start the day by visiting Isfahan’s Jame Mosque, in which the progress of architecture from the outset of Islam till recent times is evident. Then you will visit Vank Cathedral which is one of the most beautiful Armenian churches in the world and will undoubtedly capture the attention of every Christian. Evening is free at leisure. Overnight in Isfahan

The hot villages in the central desert are one of the favorite types of ecotourism in Iran, visited by many Iranians and foreign eco tourists every year. Khour, Mesr and Garme are the widely known areas located in the southern part of the desert. Mesr village is one of the amazing natural highlights of Persia especially for those who are interested in experiencing the rough, but beautiful nature of the desert. It has a dry and hot climate because of its location in the Southern part of Iran’s central desert. There aren’t many facilities but there is a telecommunication center for making calls and a generator producing electricity for the village. What’s more, despite the roughness and being far away from the other spotlight of tourism in Iran, it gets quite many visitors during the year, half of which are foreigners. Thus, they are very much familiar with tourists and are prepared to welcome them and provide some services to somewhat facilitate your trip. Overnight in Farahzadi Village.

Your second day in Yazd starts with visiting the Zoroastrian Fire Temple built during the Sasanian Empire for the reverence of fire, which is the manifestation of Ahura Mazda in the Zoroastrian religion. According to the Zoroastrian religion, this type of fire is consecrated by sixteen different sources, including fire created by lightning. Then we will visit Dakhmeh or the Tower of Silence, where Zoroastrians leaved the deads to be eaten by vultures.

Leaving to Shiraz. On the way you will have a few short stops in Pasargadae to visit the most important and Majestic monuments. The tomb of Cyrus the Great, Overnight in Shiraz.

Early in the morning, relish In the highlights of Shiraz when it was the capital of Iran during the Zand Dynasty. Be inspired by the glorious Karim Khan Palace, the splendid Vakil Mosque, Vakil Bazaar and Saray-e-moshir with Its splendid architecture and interesting ethnic souvenir shops, and the Nasir-ol-molk Mosque. This gorgeous city is home to famous poets such as Hafez and Sa’adi and historical sites from Different eras stretching back 6,000 years ago can be found.

Fly to Ahvaz, early in the morning , and transfer to hotel. Drive to Shushtar for visiting Mills and water structures, Choqa Zanbil Ziggurat and an excursion to Shush, Drive back and overnight in Ahvaz. In the last day you will fly to Tehran to Mehrabad Airport and transfer to International Airport IKA to fly back Home.

In the last day you will fly to Tehran to Mehrabad Airport and transfer to International Airport IKA to fly back Home. 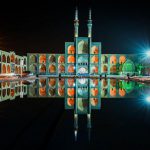 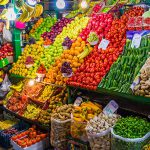 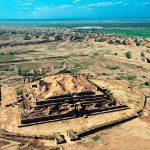 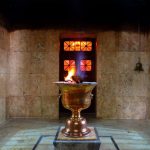 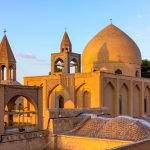 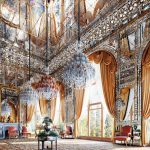 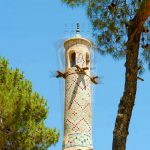 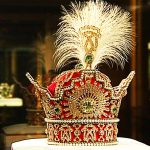 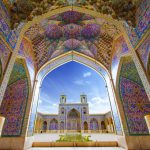 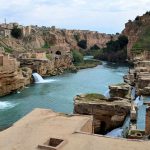