Tourists mostly identify each country by the city which offers them unique monuments and nature attractions more. If the travelers know of France by Paris and Turkey is known by Istanbul, they also recall Iran with three cities of Isfahan, Shiraz and Yazd, that visiting each evokes travelers to a different place and time. Isfahan is known for its murals, tiles and magnificent palaces, which is a reminder of the post- Islam era, especially the Safavid. The city with turquoise tiling, and unique domes.
Yazd is the city of windcathers, where the pleasant aroma of clay and the color of handmade bricks make any spectator to enjoy walking into this UNSCO world heritage site listed city.
The last but not the least is Shiraz, the city of Iranian literature. The presence of the two famous Iranian poets' mausoleums, Hafez and Saadi, has been added to the importance of this city, and its permanent structures, including the Vakil complex and the Nasir al-Molk mosque, have made this historical area an important tourist attraction.
Along with all of these, the Persepolis collection, the legacy of the Achaemenid Empire near Shiraz, as well as the Sassanid sites in Fars province, which have inscripted on the UNESCO World Heritage List, are another landmark in Iran.

Upon arrival, checking in hotel for breakfast and rest. Shiraz is the capital city of Fars province and a treasure trove of Persian culture. It is the origin of one of the best wines in the world call Syrah. After lunch, we will go for an excursion to Persepolis, a preserved heritage of the magnificent royal remnants of Achaemenes era in 5th century B.C. The entrance consists of a 2-ramp stairway of 110 rather wide, but short steps leading to “The Great Gate” which is grand and unforgettable. Moreover, one will be unable to resist the incredible royal treasury, the large columns and balconies and the private palaces. At the northeast of Persepolis on the top of the mountains, we visit Naqsh-e Rostam, a place filled with historical works amazingly displayed in the form of carvings, tombs and inscriptions. Continue to Mausoleum of Hafez and its associated memorial hall & the two memorial structures erected are in memory of the celebrated Persian poet Hafez. Overnight in Shiraz.

After breakfast, we will visit the Vakil Bazaar. This bazaar has beautiful courtyards, caravanserai, bath houses and old shops which are deemed among the best places to buy all kinds of Persian rugs, spices, copper handicrafts & antiques. Narenjestan-e Qavam Garden dates back to Qajar era and due to the abundance of sour orange trees, it is called Narenjestan. Continue to visit Ali Ebne Hamazeh Mosque with mirror tiles interior and an outside view of the Shah Cheraq Shrine. Overnight in Shiraz.

Yazd, in central Iran, is an ancient historical city dating back to more than 3,000 years. On our way to Yazd, will visit Pasargadae, the grave of Great Cyrus, founder of Alcmaeonid era, located in the heart surrounded by beautiful scenery & the preserved ruins of three palaces regretfully damaged by the war. Visit the remarkable Tower of Silence - according to the Zoroastrians beliefs, a dead body could not be burnt or buried for fear of polluting the Earth. Dead bodies were exposed on these towers where they were cleaned off by vultures. Next proceed to the magnificent Amir Chakhmaq Complex. This 19th century monument is overwhelmed with ancient carved inscriptions in Naskh script and interesting epigraphs. Overnight in Yazd.

After breakfast, visit the Jame Mosque, which is also known as the Friday Mosque, built in the 14th century, the portal’s façade is decorated from top to bottom in dazzling tile work, predominantly blue in color. Also visit the Fahadan Quarter with its massive Badgirs (Wind Tunnels) or wind catchers that work as low-tech air conditioners, built so that they can be opened to catch the wind from different directions, the air is then cooled as it travels down the tower, and in turn cools the rooms below. Proceed to the the Fire Temple where nobody apart from the Grand Priest, a descendant of the Magi, has access to the fire that burnt in a brazen vessel for the past 1500 years. Continue journey to Isfahan, passing through desert and magnificent ancient buildings along the way.

Isfahan was long noted for its fine carpets and silver filigree. After breakfast, take a look at the world most elegant and spacious Naqsh-e Jahan Square, the central square of Isfahan. We will continue by visiting the Aliqapu Palace built by decree of Shah Abbas the Great in the early 17th century. It was here that the great monarch used to entertain noble visitors, and foreign ambassadors. Valuable miniature paintings, works of the reputed artist of the times Reza Abbassi, and other traditional works of art can be noted here. plasterwork of the 'sound room' was modeled such that the acoustic affect produced natural and pleasant sounds. Next, visit the beautifully tiled Imam Mosque built in the 17th century. Under different light conditions, the dome of Imam Mosque will change colours also not forgetting the Sheikh Lotfollah Mosque that took 18 years to complete. Next, visit the Chehel Sotun Palace, which means “40 columns” in Persian. Interestingly, there are 20 columns in the palace, which when reflected in the facing pool, appear to be 40 columns. At the end of the day we will go to the Armenian Quarter to visit the Vank Cathedral, which started construction from 1606 A.D.

After breakfast, a slow drive to Kashan, passing desert & many magnificent buildings & architecture. Arrive in Kashan to visit the Tabatabaei House and also the Fin Garden. The Fin Garden is a palace that combines the architectural features of the Safavid, Zandiyeh and Qajar periods. Besides an old historical bathing-house, there are also two syphons, which are very famous for their architectural designs, one traces back to the 16th century A.D (Safavid era), and the other to the 18th century A.D (Qajar era).

Tehran - a thriving metropolis with museums, monuments and a stunning back drop of Mount Damavand and is also immense and prolife rates like a coral reef, but in an orderly manner. On arrival, embark on a tour to the famous Sa’dabad Palace, one that comprises of 17 smaller palaces. The interior of this magnificent structure is brilliantly ornamented with Iranian traditional motifs and forms a rich and complex set of stucco and mirror works in its internal decoration. Then visit the National Museum which was inaugurated in 1937 and consist 2 buildings of pre-Islamic and post-Islamic works. You can explore the fascinating pottery art and the hundreds of textiles of silk, brocade and hand-woven. In the evening, free at leisure for shopping. Overnight in Tehran.

Our day begins with a trip to the Archeological Museum, one of the rare places in the world where we have the special opportunity to visit and experience the “evolution of mankind” through the marvelous display of historical relics. Next on the agenda is our very much-awaited chance to savor the distinctive flavor of Iranian cuisine. Lunch will be in an exquisite traditional Iranian restaurant where we will sample a wide range of delightful Persian dishes and desserts. Afterwards, we will visit a world of jewels in the National Jewelry Museum, one of which includes one of the two greatest diamonds in the world, Darya-e-Noor (sea of light). At the end we will transfer to IKA airport to fly back home. Tabatabaei House , Fin Garden.
THE PRICES INCLUDE
Mentioned hotels, or similar, based on double standard room on BB. 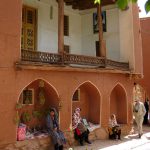 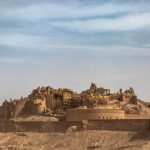 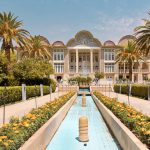 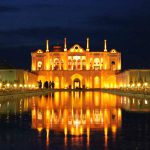 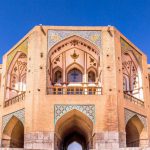 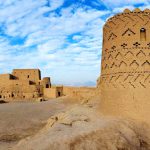 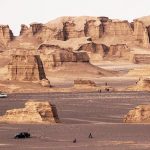 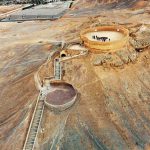 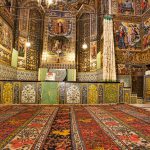 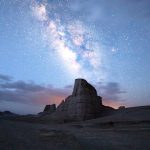